'The Public Has a Right To Know': Fracturing Companies Don't Have To Disclose Chemicals Linked to Health Concerns 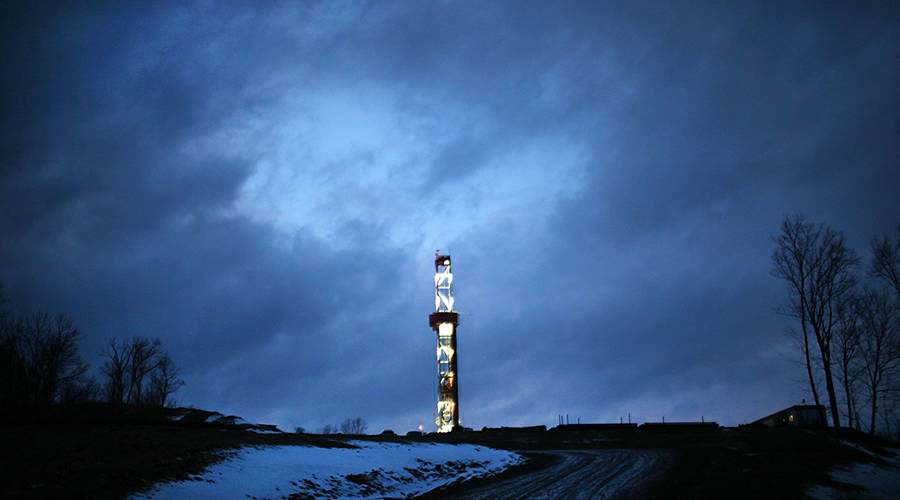 Credit: Getty Images/Spencer Platt.
A natural gas drill at a hydraulic fracturing site on in Springville, Pennsylvania, in 2012.

A huge breakthrough in modern hydraulic fracturing came in 1997, courtesy of a stubborn, tenacious Texan named George Mitchell. After 17 years of trial and error, he and his team stirred up a secret recipe of water, chemicals, and sand, shot it down a well, and lots of natural gas came back up. Mitchell has since passed away, but his colleague Kent Bowker remembers the moment they cracked the code.

“Mr. Mitchell got this big smile on his face. And he leans forward and he looks at all of us: 'This is huge, this is the biggest thing that's ever happened to this company. It's also the biggest secret. No one can talk about this!'” Bowker said.

Secrecy lies at the heart of invention and capitalism to reward innovators with exclusive rights to their creations. But that secrecy can also come at a cost. With drilling and fracturing, the ingredients that make up the chemicals used to obtain oil and gas are legally allowed to be kept confidential. According to newly released documents from the Environmental Protection Agency (EPA), that secrecy starts as soon as chemical manufacturers apply for government approval of their products.

Hundreds of agency papers were released under the Freedom of Information Act to the environment group Partnership for Policy Integrity. They show that, from 2003 to 2014, chemical makers routinely withheld all kinds of information in their applications, including the molecular structure of chemicals, product names, commercial uses of chemicals, even the manufacturers' names.

EPA scientists are privy to this chemical information but cannot make it public, said Dusty Horwitt, an attorney with the Partnership for Policy Integrity.

The new documents show that the EPA listed varying health risks about most of the chemicals it approved, including the risk of poisoning to the brain, lungs, and liver.

“If EPA's own regulators are finding that there are health concerns about these chemicals, and then they allow them to be used in oil and gas drilling, the public has a right to know,” Horwitt said.

He and more than 100 toxicologists and advocates are sending a letter to the EPA, asking it to release the details on more than 40 drilling and fracking chemicals—ones the agency described as risky to human health. The EPA did not respond to a request for comment.

Read or listen to the full story here.