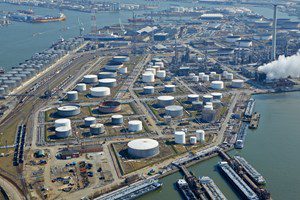 ExxonMobil expects a new $1 billion fuel upgrading unit at its Antwerp refinery to be fully operational in the first half of next year, the company said on 28 November.

The delayed coker unit, part of a $1 billion investment announced in 2014, will enable the 320,000-B/D refinery to upgrade high-sulphur fuel into various types of diesel, including the variant mandated by new laws governing shipping fuels.

The company announced the investment during a particularly tough period for European refining, when margins were near multiyear lows and demand in the region appeared to be in permanent decline. However, refining profits have since rebounded strongly.

An Exxon spokeswoman said the company plans to complete construction “towards early 2018.” Though she said the complex startup process can take several months, the company expects the unit to be fully operational in the first half of next year.

In addition to the current boom in fuel demand, spurred by low oil prices, traders and analysts say that any project to cut fuel oil production is key to refinery survival amid tightening rules over the level of sulphur that can be burned.