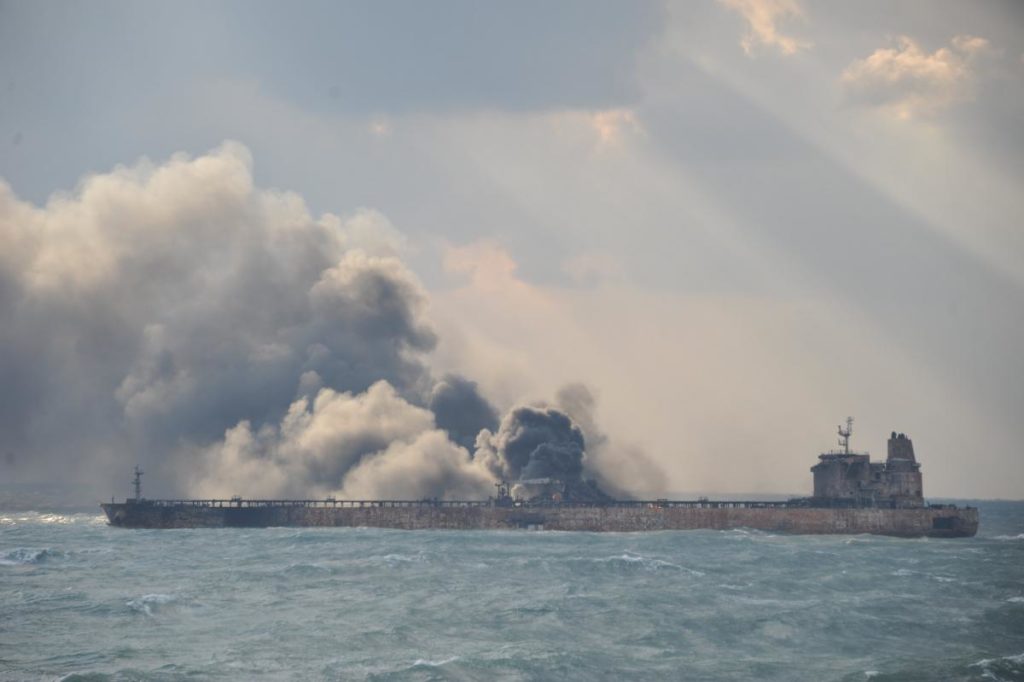 Rescue crews were forced to retreat from a stricken Iranian oil tanker in the East China Sea on 3 January following an explosion on the ship as a fire raged for a fourth day after a dramatic collision.

The blast happened on board the tanker in the afternoon after rescue crews were dousing the ship with foam in an attempt to put out the fire, China’s Transport Ministry (MOT) said in a statement on 3 January.

The cause and damage to the tanker from the incident were not clear. The ship was carrying condensate, a highly flammable ultralight crude, to deliver to South Korea when it collided with a Chinese freight ship on Saturday.

Dozens of rescue boats from China and South Korea have been battling strong winds, high waves, and poisonous fumes to comb a 900-square-nautical-mile area for 31 missing sailors and tame the fire, amid growing concerns the listing ship may explode or sink.

Iran’s Navy joined the effort on 3 January, a government official said, according to the Iranian Students’ News Agency.

The Sanchi was carrying 136,000 tonnes of condensate, equivalent to about 1 million bbl and worth some $60 million.