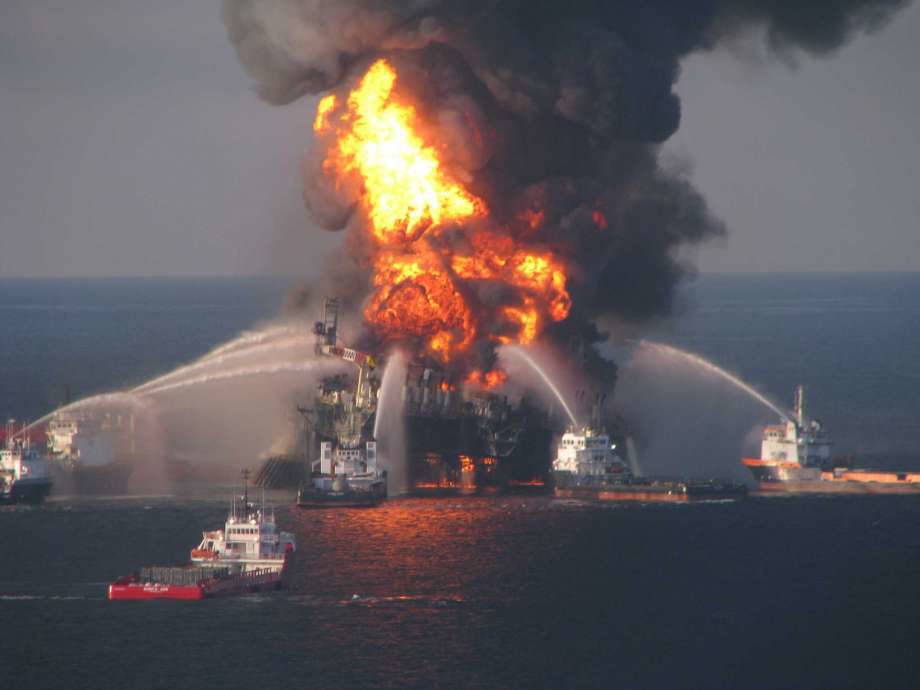 Credit: US Coast Guard.
In this 21 April 2010 file photo provided by the US Coast Guard, fire boat response crews spray water on the blazing remnants of BP's Deepwater Horizon offshore oil rig. An explosion at the offshore platform on 20 April 2010 killed 11 men, and the subsequent leak released an estimated 172 million gal of petroleum into the Gulf of Mexico.

Ramanan Krishnamoorti envisions a world where accidents like the 2010 Deepwater Horizon oil spill can be prevented.

So, more than a year ago, Krishnamoorti and his team at the University of Houston started working on a predictive model that could alert oil and gas company employees when a problem might arise — and how to mitigate it.

"We are trying to apply fundamental science and engineering processes to predict when a catastrophic event might occur and to develop new methodologies to monitor the process," said Krishnamoorti, the school's chief energy officer and director of its Subsea Systems Institute.

And last month, the team received $1.2 million from the National Academies of Sciences, Engineering, and Medicine's Gulf Research Program (GRP) to continue its research. Before this grant, the project was funded by $50,000 from the institute, created in 2015 to find ways to reduce the risk of offshore accidents and oil spills following the 2010 accident.

The Deepwater Horizon oil rig, leased by BP, exploded in April 2010, killing 11 crew members and pouring an estimated 3.19 million bbl of oil into the Gulf of Mexico.

The National Academies handed out a total of $10.8 million to six projects, including Krishnamoorti's, last month to improve "understanding and management of systemic risk in offshore oil and gas operations" in response to Deepwater Horizon, according to an organization news release.

The Deepwater Horizon accident occurred because of an uncontrolled buildup and release of gas, Krishnamoorti said. This happens when gas and water, for example, flow up the drilling pipe along with oil, where it then can explode once it reaches the surface.

Krishnamoorti's team has been working with Mulberry Well Systems on the project since the beginning, said Colin Leach, company president.

"I have always been involved in what we shall call preventative well control ... being able to see what's going on such that one can avoid problems," Leach said. "That's, as far as I'm concerned, way more important than trying to remedy a blowout after it's occurred."

In the next 3 years, Krishnamoorti expects to have a model that any offshore drilling company can use to warn when gas or water is flowing up the pipe. That is not currently the industry standard, he added.