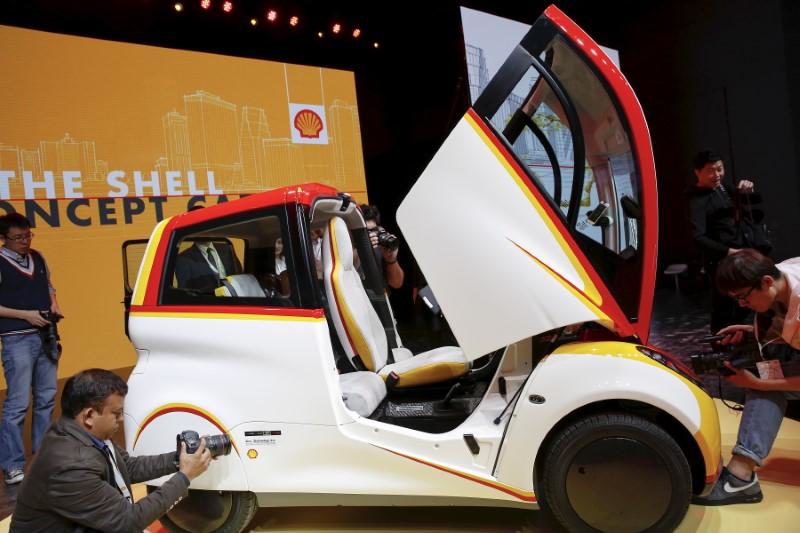 Credit: Damir Sagolj/Reuters.
People take pictures of a high-efficiency petrol-burning concept car as it is unveiled by Royal Dutch Shell during a ceremony in Beijing, Chinam on 22 April 2016.

Royal Dutch Shell has spent more than $400 million on a range of acquisitions in recent weeks, from solar power to electric car charging points, cranking up its drive to expand beyond its oil and gas business and reduce its carbon footprint.

The scale of the buying spree pales in comparison to the Anglo-Dutch company’s $25 billion annual spending budget. But its first forays into the solar and retail power sectors for many years shows a growing urgency to develop cleaner energy businesses.

The investments are not limited to renewables such as biofuels, solarm and wind. Shell, as well as rivals such as BP, Exxon Mobil, and Chevron, are betting on rising demand for gas, the least polluting fossil fuel, to power the expected surge in electric vehicles in the coming decades.

To that end, Shell agreed in December to acquire independent British power provider First Utility for around $200 million, according to several sources close to the deal. The value of the acquisition had not been previously disclosed.