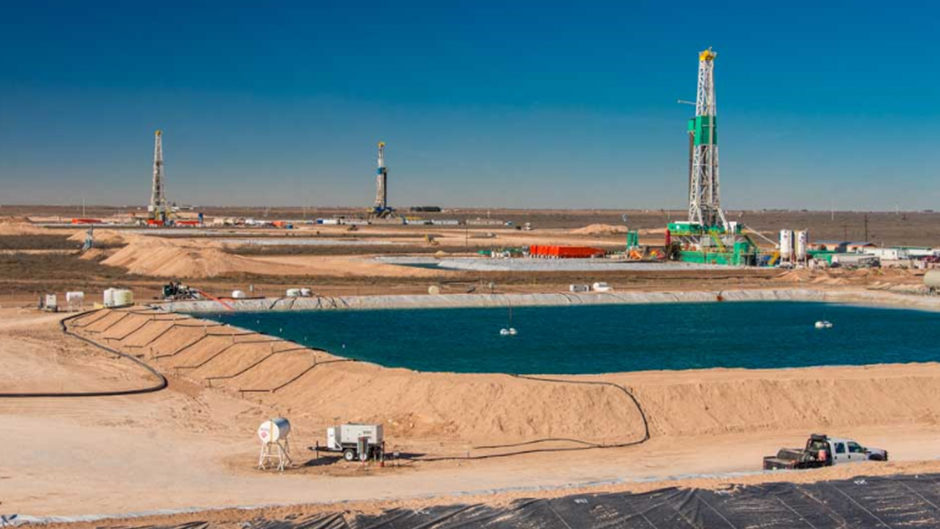 Source: XTO Energy.
A frac pool holding water for use in hydraulic fracturing.

A little more than a year since the US Environmental Protection Agency (EPA) issued the final report of its study on the potential effects of hydraulic fracturing on drinking water resources, much of the oil and gas industry remains confounded about how the agency arrived at its conclusion.

Shari Dunn-Norman, associate professor in the petroleum engineering department at the Missouri University of Science and Technology, took the podium this week at SPE’s Hydraulic Fracturing Technology Conference in The Woodlands, Texas, and presented her observations on the findings. She was one of just three members with industry experience who served on a 31-person Scientific Advisory Board panel of subject-matter experts who reviewed EPA’s work during the study.

Those three members coauthored a subsequent report summarizing the more than 1,000-page study through an industry lens (SPE-189873). Dunn-Norman explained that a number of factors muddied the EPA’s study process, namely a lack of oil and gas industry consultation and knowledge, gaps in data, issues with data interpretation, and pre-existing negative perceptions of the completions practice and the industry as a whole, which led to the agency’s ultimate declaration that “activities in the hydraulic fracturing water cycle can impact drinking water resources under some circumstances.”

The final conclusion was a rewording that dramatically changed the meaning of the EPA’s initial conclusion issued in the first draft of its final report, released in June 2015, that said the agency “did not find evidence that these mechanisms have led to widespread, systemic impacts on drinking water resources in the United States,” an assessment that prompted the industry to say, “Yes, of course,” Dunn-Norman said.

The panel’s deficit of people familiar with the industry was a critical first strike that plagued the multiyear process from the outset, she said. Her involvement included a vetting process that consisted of full financial disclosure, divestment, thorough background checks, and review of all publications as well as public positions taken on related issues. This meant committee members were barred from owning stock because it might have created the perception the members were “pro-industry,” effectively blocking participation of oil and gas industry leaders.

Each phase of the hydraulic fracturing water lifecycle was examined—water acquisition from the ground or surface, chemical mixing, well injection, produced water, and disposal—and assigned specific concerns, which the EPA’s Office of Research and Development modified and framed as research questions, enabling the EPA to form a research methodology (Fig. 1). “Initially, the belief was that this study was going to be very, very focused, and that’s not exactly what happened at the end of the day,” she said.

Interpretation, Wording Matter
The EPA first focused on water withdrawals that have the potential to limit the availability or reduce the quality of drinking water. However, just two papers submitted to the EPA outlining rare instances in which hydraulic fracturing affected water availability, including one citing a single Eagle Ford well that suffered an excessive drawdown and went dry during a drought, influenced the agency’s assessment, Dunn-Norman said. This was in spite of a study from the US Geological Survey from 2011–12 showing little to no local effects on drinking water availability (Fig. 2).

When it came to chemical mixing, the EPA identified 457 spills in 11 states during 2006–12. Just 151 were related to mixing, “and they were relatively small,” she said. Just 2% were more than 10,000 gal, “and most of them were small, short-lived events. In other words, most of the spills are cleaned up on site. Most of them leave the site in a truck.”

Analysis of produced-water data, which again focused on spills, indicated half of all spills were small with very few affecting water. Of 1,084 chemicals reported as used in fracturing operations in national chemical disclosure registry FracFocus 1.0 during 2005–13, the EPA identified oral toxicity for just 98 of those chemicals. In produced water, 599 chemicals were detected with 120 indicating oral toxicity.

The EPA also sought to catalog all the pathways through which fluids could travel in the subsurface during well injection, but the agency ended up describing scenarios that would have been caused by poor wellbore construction, such as a leak in casing and tubing.

Dunn-Norman said she observed that “a lot of discussion was placed around fracture height growth and whether subsurface migration of fluids could go through pathways that could reach drinking water.” She said multiple times she brought up studies by Kevin Fisher and Norm Warpinski covering the natural limitations of fracture height growth (SPE-145949). But, “If you read the summary of this study, you will not see any of those [study] diagrams.

“Instead, it’s mentioned [in the EPA study] that 1% of the fractures reach heights of over 1,000 ft. However, another way of looking at that is 99% of them don’t.” The final summary also mentioned “the shallower we go in fracturing, the more risk there is,” she paraphrased. “I guess because they assume that 1,000 ft of height growth stays the same.”

External Pressure
Dunn-Norman said the public and certain nongovernmental organizations “went wild” with complaints and protests after the first draft was published, causing the 31 members of the panel to have similar discussions. “Many members of the panel considered this statement to be ambiguous. In particular, the phrase ‘widespread, systemic impacts’ gave people indigestion,” she said. “A lot of people felt like that was not an appropriate conclusion to come to.”

She and the two other authors of the paper analyzing EPA’s study thought the initial conclusion was “accurate, clear, concise, unambiguous, and supportive of the facts the EPA had reviewed.” Meanwhile, two other committee members felt there was too big of a data gap to concur with any opinion related to the report. Gaining consensus on the committee “was a major task” throughout the process, Dunn-Norman explained.

“The whole panel process of the [Scientific Advisory Board] really needs to be revisited,” she said. “I’m not hopeful that will ever happen. There are a lot of things in terms of accessing state databases and how we make data available that could really be improved.” She added, “One of my frustrations was that we had people on the committee who could have spoken to” how fracturing works. “There was a geomechanicist on the panel of 31 who said nothing. And my frustration was, I was the flag having to go up, seeming like a pro-industry person saying fracture height growth is affected by stress contrast in the subsurface.”

Ultimately, the study “never said anything about industry best practices” and what was done by companies to prevent spills, Dunn-Norman said. It never quantified risk or provided severity information, she said. “Even more importantly, there was absolutely no substantive discussion of how oil and gas hydraulic fracturing is regulated by the states.” Meanwhile, the study “moved glacially” during the course of 5 years while “industry practices moved at light speed. So much changed, and this [study] never captured it.”