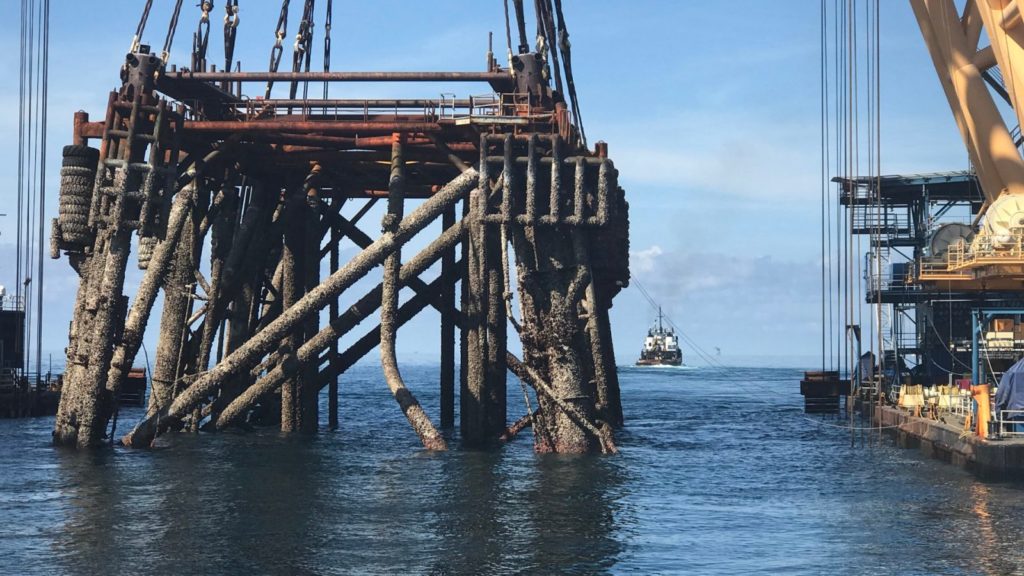 In the early 1980s, Shell’s Cougar platform helped define the outer limits of the Gulf of Mexico—a steel monument to human ingenuity and innovation that pioneered a new wave of offshore oil and gas development around the world.

As it turns out, that was only the first act.

After safely producing more than 31 million BOE over a span of nearly 2 decades, Cougar will now help sustain a healthy, vibrant Gulf of Mexico ecosystem as an artificial reef.

“Cougar marks the end on an era for Shell because this is one of our last fixed-leg platforms in the Gulf,” said Tommy Giddings, who served as Shell’s Operations Manager for Cougar in 1990 and now supports the Cougar decommission project. “I’m proud to be part of the Shell team entrusted with restoring the Cougar site and using the platform’s jacket to create an artificial reef that will give divers and fisherman joy for years to come.”

Shell donated the steel frame supporting Cougar’s deck and topside—called the jacket—to Louisiana’s Artificial Reef program and made a $619,000 contribution to the Louisiana Wildlife and Fisheries Department (LWFD) to help maintain and monitor the reef. The jacket is now providing habitat for a variety of marine life, including red snapper, amberjack, and many reef-dependent fish.

“LWFD values our relationships with offshore oil and gas companies," said Mike McDonough, LWFD artificial reef coordinator. "Without their donations, the state would not have the resources to create comparable artificial reefs. These reefs will provide excellent habitat for marine species and will offer recreational opportunities for divers and fishermen for many years into the future."

Shell contracted a specially designed vessel to lift and move the nearly 350-ft-tall and 3,000-ton jacket to the Ship Shoal 320 Block off the coast of Louisiana—an approximately 50-mile open-water journey—where it was successfully positioned as an artificial reef. Earlier, the same heavy-lift vessel safely removed the Cougar topside and deck, placing it on a barge for transport back to shore for cleaning and recycling or disposal.