Exposure to Chemicals Used During Hydraulic Fracturing May Cause Precancerous Lesions in Mice, Study Finds 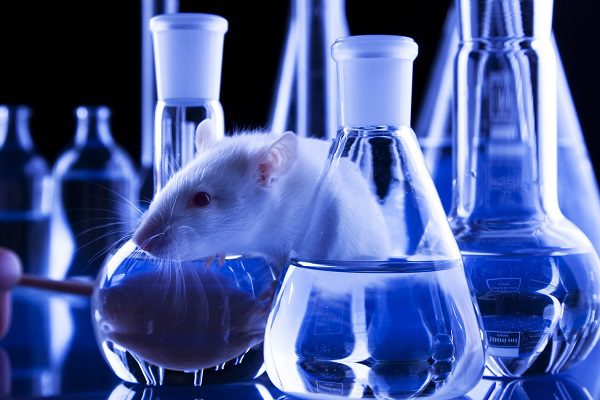 Using more than 1,000 different chemicals, unconventional oil and gas (UOG) operations combine directional drilling and hydraulic fracturing to release natural gas from underground rock. On 7 February, researchers at the University of Missouri and the University of Massachusetts released a study that found that female mice exposed to mixtures of chemicals used in UOG operations during prenatal development had abnormal mammary glands in adulthood. Additionally, some of the mice developed precancerous mammary lesions that may suggest they will be more sensitive to chemicals that cause cancer.

“Our earlier research showed that both male and female mice had alterations to hormone levels and reproductive organs resulting from exposures to these UOG contaminants,” said Susan C. Nagel, an associate professor of obstetrics, gynecology, and women’s health in the School of Medicine. “We felt this could indicate that exposures to UOG chemical mixtures can produce a range of defects in animals exposed during vulnerable periods, such as development in the womb. So, we examined 23 UOG contaminants and compounds commonly used or produced in the fracking process.”

In the study, female mice were exposed to various amounts of the 23 UOG chemicals from Gestational Day 11 to birth. Although no effects were observed on the mammary glands of these females before puberty, in early adulthood, female mice developed mammary lesions and hyperplasia, a condition that causes enlargement of an organ or tissue.

“We chose varying amounts of the UOG mixture in order to mimic a range of human exposures to these chemicals,” said Nagel , who also serves as an adjunct associate professor of biological sciences in the University of Missouri College of Arts and Science. “These results suggest that the mammary gland is sensitive to mixtures of chemicals used in unconventional oil and gas production. Determining whether these fracking mixtures affect human populations is an important goal, particularly as the number of fracking sites within human population centers increases.”

Additional, long-term studies are needed to evaluate these outcomes, the researchers said.

The study, “Prenatal Exposure to Unconventional Oil and Gas Operation Chemical Mixtures Altered Mammary Gland Development in Adult Female Mice,” was published in the journal Endocrinology. Coauthors of the study include Laura N. Vandenberg and Sarah A. Sapouckey of the University of Massachusetts Amherst and Christopher D. Kassotis of Duke University.