Hungry Venezuelan Workers Are Collapsing; So Is the Oil Industry 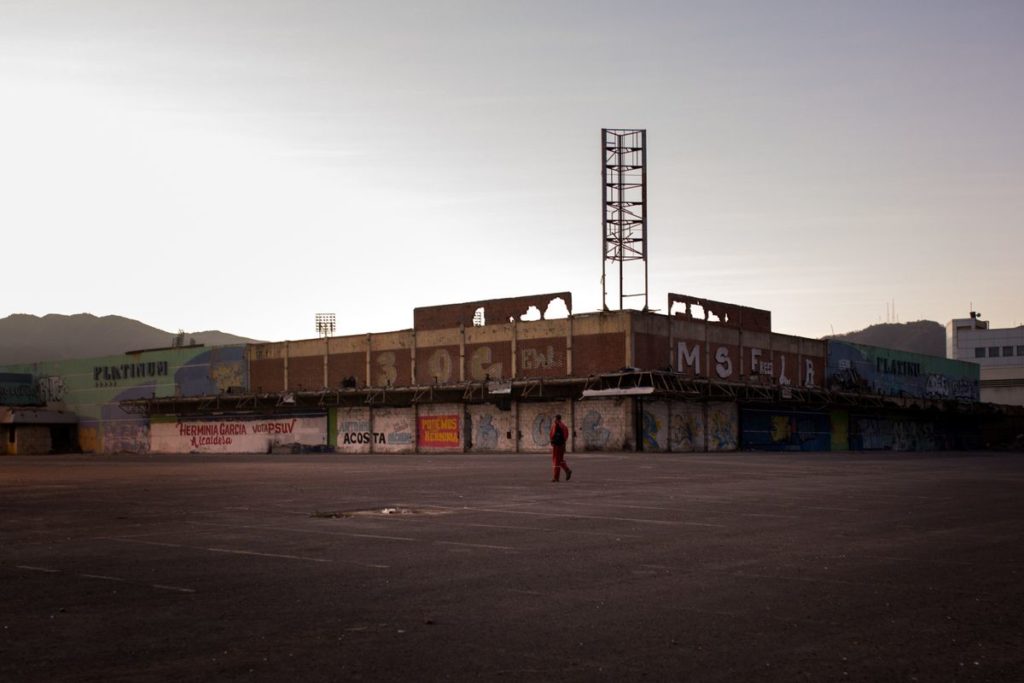 Credit: Wil Riera/Bloomberg.
A Petroleos de Venezuela worker heads toward a bus stop to travel to work. Thousands have walked off their jobs as food becomes scarce and money loses value.

At 6:40 a.m., Pablo Ruiz squats at the gate of a decaying refinery in Puerto La Cruz, Venezuela, steeling himself for eight Sisyphean hours of brushing antirust paint onto pipes under a burning sun. For breakfast, the 55-year-old drank corn-flour water.

Ruiz’s weekly salary of 110,000 bolivares—about 50 cents at the black-market exchange rate—buys him less than a kilogram of corn meal or rice. His only protein comes from 170 grams of canned tuna included in a food box the government provides to low-income families. It shows up every 45 days or so.

“I haven’t eaten meat for 2 months,” he said. “The last time I did, I spent my whole week’s salary on a chicken meal.”

Hunger is hastening the ruin of Venezuelan’s oil industry as workers grow too weak and hungry for heavy labor. With children dying of malnutrition and adults sifting garbage for table scraps, food has become more important than employment, and thousands are walking off the job. Absenteeism and mass resignations mean few are left to produce the oil that keeps the tattered economy functioning.

Venezuela, a socialist autocracy that once was South America’s most prosperous nation, is suffering a collapse almost without precedent, its gross domestic product dropping 40% since 2013. Petroleos de Venezuela SA (PDVSA), the government oil company and economic linchpin, has fallen into chaos as leaders replaced expert managers with loyalists, padded the payroll, and channeled revenue to social programs—and to epic corruption. Production fell by half in the past 16 years. Daily output dropped to 1.77 million bbl in January from a peak of 3.34 million in 2001.

Much of the decline is due to lack of money for maintenance and exploration. Recently, though, hunger is also to blame. A survey by three Venezuelan universities found that that more than 64% of residents lost weight in 2017, on average 25 pounds. More than 61% of respondents said they had gone to bed hungry over the past 3 months.