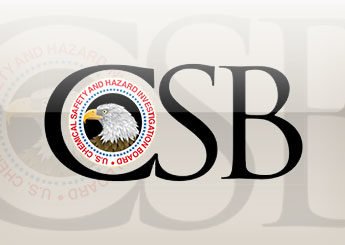 States that have made “significant” safety improvements in recent years by incorporating Chemical Safety Board (CSB) recommendations are highlighted in the agency’s inaugural Safety Spotlight publication.

The two-page document, released 21 February, highlights four cases. In 2014, CSB recommended that California restructure and enhance its process safety management rules for oil refineries. The state’s newly modified Occupational Safety and Health Process Safety Management (PSM) standard for its 15 petroleum refineries went into effect on 1 October. CSB also points out that a similar change to Washington state’s PSM standard could come in 2019—9 years after seven workers were killed in a Tesoro refinery fire in Anacortes.

The other two cases included are the 2010 Kleen Energy gas explosion in Middletown, Connecticut, and a propane explosion that occurred in 2007 at a general store in Ghent, West Virginia.

For the second straight fiscal year, CSB is among the agencies on President Donald Trump’s proposed budget chopping block. The House allocated $11 million to CSB in FY 2018 in its set of appropriations bills passed 14 September, but the Senate has not completed its work, leaving a series of continuing resolutions to fund the federal government.