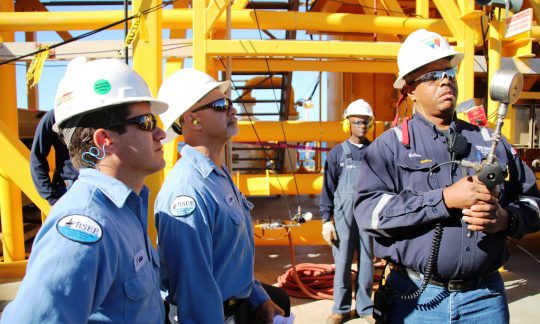 US Secretary of the Interior Ryan Zinke announced a series of new initiatives on 6 March to strengthen the federal offshore oil and gas inspection program. Zinke highlighted a risk-based inspection element and an increase in time allotted for physical inspection of offshore facilities as two of six initiatives that the Bureau of Safety and Environmental Enforcement (BSEE) will institute before mid-2018. Zinke’s announcement at the 2018 CERAWeek conference comes on the heels of US offshore’s highest oil-production year on record; US offshore produced 629 million bbl in 2017.

“One of the pillars to responsible energy development is ensuring it’s done safely,” Zinke told the CERA attendees. “As part of the Trump administration’s push for safety in energy development, we are working hard to do our job smarter and ensure industry is exploring and producing safely.”

The other initiatives increase BSEE’s engagement with industry, aim to identify the best-available- and safest-technology requirements for critical offshore equipment, aim to identify gaps between advancing technologies and regulations, and promote researching the potential for third-party certification of BSEE’s inspection program by the International Standards Organization.

BSEE Director Scott Angelle said, “I want BSEE’s programs and processes to be the best in the world, and I’m not afraid to subject them to scrutiny to determine where improvements are needed.”

Since his arrival in 2017, Angelle has called for BSEE to embrace a process of change management. “The six initiatives we are announcing today are an important set of steps that will keep pace with the increased offshore oil gas and production, ensure safety, and protect the environment,” Angelle said. “They will also help BSEE become a more-efficient agency, something the American taxpayers expect and deserve.”