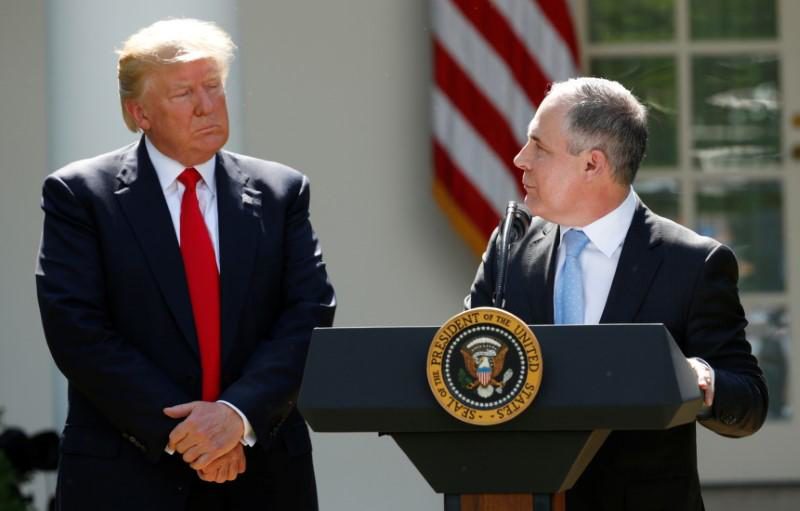 Credit: Kevin Lamarque/Reuters.
US President Donald Trump listens to EPA Administrator Scott Pruitt in 1 June 2017 after announcing his decision that the United States will withdraw from the Paris Climate Agreement.

US President Donald Trump on 12 April ordered the Environmental Protection Agency (EPA) to speed up its decision-making on air quality permitting to make it easier for manufacturers to expand and open new plants.

“These actions are intended to ensure that EPA carries out its core missions of protecting the environment and improving air quality in accord with statutory requirements while reducing unnecessary impediments to new manufacturing and business expansion essential for a growing economy,” Trump said in a memorandum.

It orders the EPA to make changes to the National Ambient Air Quality Standards program (NAAQS) to reduce “unnecessary barriers that are holding back manufacturing and business growth,” according to a White House statement.

The Sierra Club, the leading US environmental advocacy group, assailed the order, saying it sought to “recklessly cut short the review of clean air permits.”

“This policy haphazardly attempts to bypass important scientific work that keeps millions of communities’ air clean, and it sets in motion a clear ploy to weaken the latest science-based smog pollution standard,” Mary Anne Hitt, senior director of the group’s Beyond Coal campaign, said in a statement.