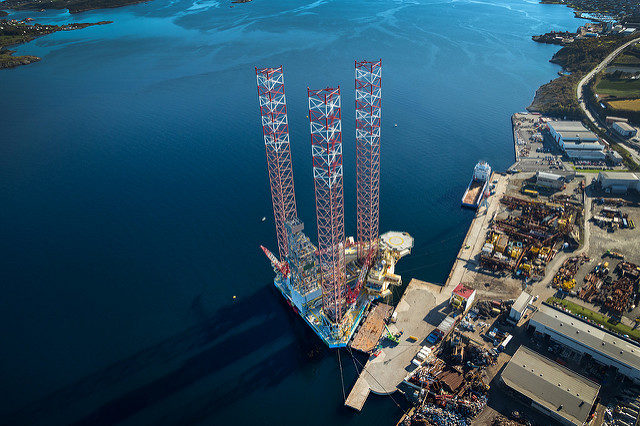 A serious lifting accident occurred on 7 December 2017 on the Maersk Interceptor jack-up facility operated by Maersk Drilling, which was then working for Aker BP on the Tambar field in the Norwegian North Sea.

This incident occurred in connection with lifting and installing a seawater pump. Four people took part in the work, which involved the use of a steel sling. The latter parted, and the pump fell.

A power cable attached to the pump was pulled along in the fall and hit two people who were in the vicinity. One of them fell into the sea and died, while the other was seriously injured. Under slightly different circumstances, several lives could have been lost.

The incident also had material and financial consequences.

Direct and Underlying Causes
The direct cause of the incident was that the lifting sling broke because it was overloaded.

Underlying causes were multiple and complex and can be related to design weaknesses and inadequacies in following these up, failure to identify risk at several levels, training, and planning and work practice.

Nonconformities
The investigation has identified a number of regulatory breaches. These relate to

Maersk has been given until 31 May to explain to the PSA how these nonconformities will be dealt with.