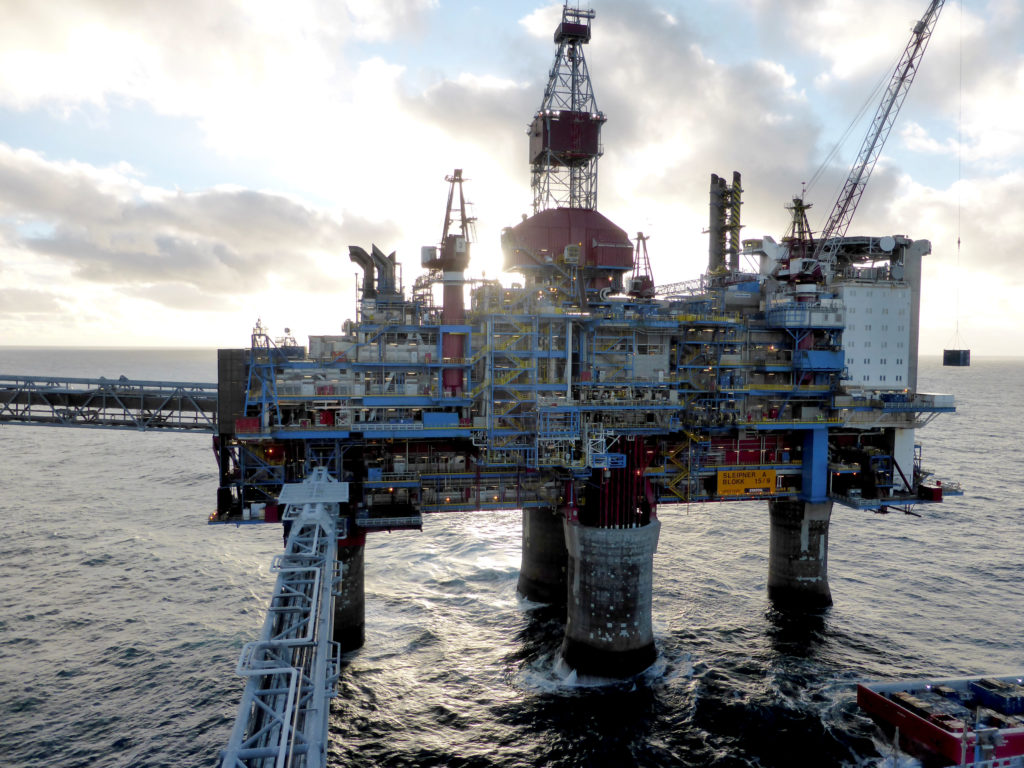 Credit: Nerijus Adomaitis/Reuters.
Oil and gas company Statoil's drilling and accommodation platform Sleipner A is pictured in the offshore near the Stavanger, Norway, on 11 February 2016.

Shareholders in Norway’s largest company, Statoil, will approve on 14 May the board’s proposal to drop “oil” from its name as its seeks to diversify its business and attract young talent concerned about fossil fuels’ impact on climate change.

From 15 May, the majority state-owned company will change its 46-year-old name to Equinor and trade on the Oslo Exchange under the new ticker EQNR.

The Norwegian government, which has a 67% stake in the firm, has said it will back the move.

The oil and gas company said the name change was a natural step after it decided last year to become a “broad energy” firm, investing up to 15–20% of annual capital expenditure in “new energy solutions” by 2030, mostly in offshore wind.

"The key reason for a company to change its name is when it wants to widen the scope of its activity or direction. Another reason would be because it is in trouble, and it has a reputational problem,” Allyson Stewart-Allen, a London-based international branding expert and the chief executive officer of International Marketing Partners, said.

“I don’t believe that’s the case with Statoil.”

While the company’s profits are growing again, its hydrocarbon business has come under increased scrutiny after the Paris climate deal in 2016.