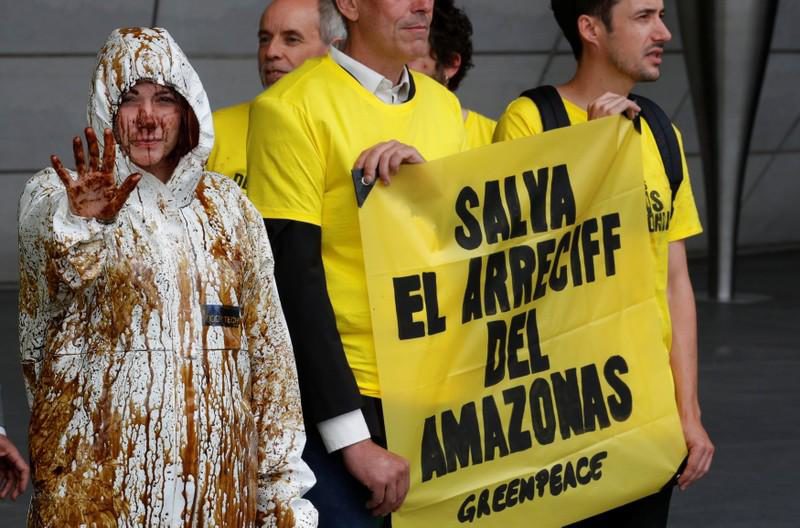 Total is determined to push ahead with its plans to drill for oil in the Amazon basin, it said on 1 June as Greenpeace activists interrupted its annual general meeting in protest over the project.

The French oil major wants to explore Brazil’s Foz do Amazonas basin, but Brazil’s environmental agency rejected its licence application on 29 May for a fourth time.

As the company’s annual general meeting opened in Paris on 1 June, four activists from Greenpeace descended by rope from the ceiling above the stage, unfurling banners reading “Let’s save the Amazon’s coral reef.”

At least a dozen others managed to enter the hall, with some chaining themselves to fixtures in the room.

Total Chief Executive Officer Patrick Pouyanne told the meeting he would not cede to any kind of blackmail over the project, as the activists dangled on ropes above him.

“Our position on the Amazon project has not been abandoned. We have our rights, and we have obviously to respect Brazilian laws,” Pouyanne told shareholders.