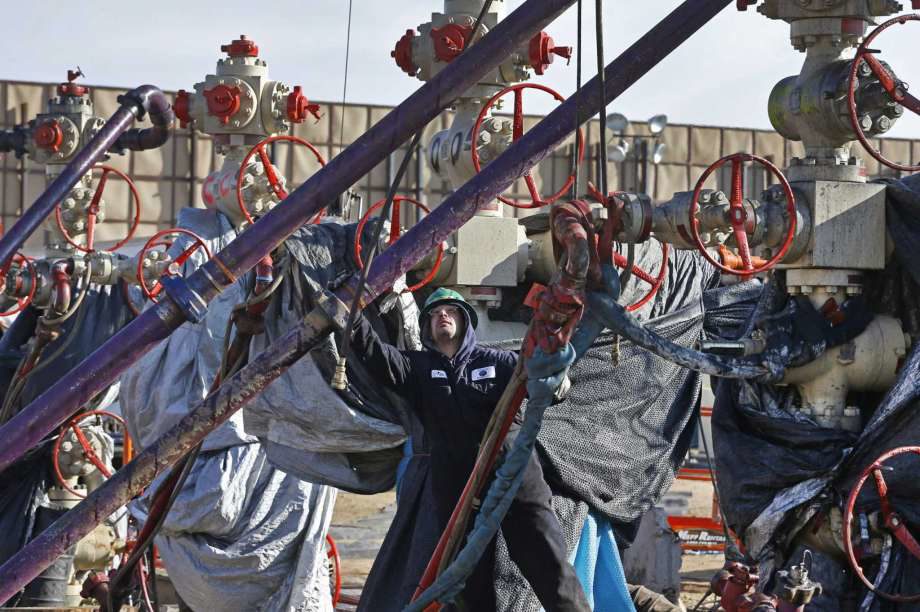 Credit: Brennan Linsley/ Associated Press.
A worker adjusts pipes during a hydraulic fracturing operation at a well pad near Mead, Colorado. The reputation of natural gas as a clean energy source in the fight against climate change rests in part on reducing or eliminating methane emissions.

The new Collaboratory for Advancing Methane Science, nicknamed CAMS, will pursue focus on scientific research and solutions to reduce methane emissions from oil and gas drilling through the refining and petrochemical processes.

Methane, the main component of natural gas, is a potent greenhouse gas that traps considerably more heat in the atmosphere than carbon dioxide, helping to accelerate climate change.

The announcement comes less than a week after a new academic research report found that US oil and gas operations are releasing far more methane into the atmosphere than the federal government estimates, causing more harm to the environment and hurting  the case for cleaner-burning natural gas as a bridge fuel to a carbon-free future.