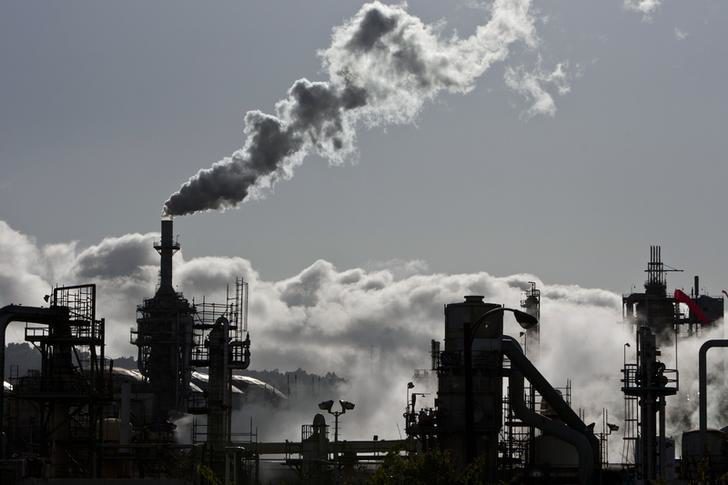 Credit: Bret Hartman/Reuters.
Smoke is released into the sky at the ConocoPhillips oil refinery in San Pedro, California, on 24 March 2012.

A California federal court dismissed climate change lawsuits against five oil companies by the cities of San Francisco and Oakland, saying the complaints required foreign and domestic policy decisions that were outside the purview of courts, Chevron said on 25 June.

The dangers raised by the complainants are real and worldwide and that both parties accepted the science behind global warming, Judge William Alsup of the US District Court for the Northern District of California said in the ruling.

"(However), the problem deserves a solution on a more vast scale than can be supplied by a District Judge or jury in a public nuisance case," Judge Alsup said.