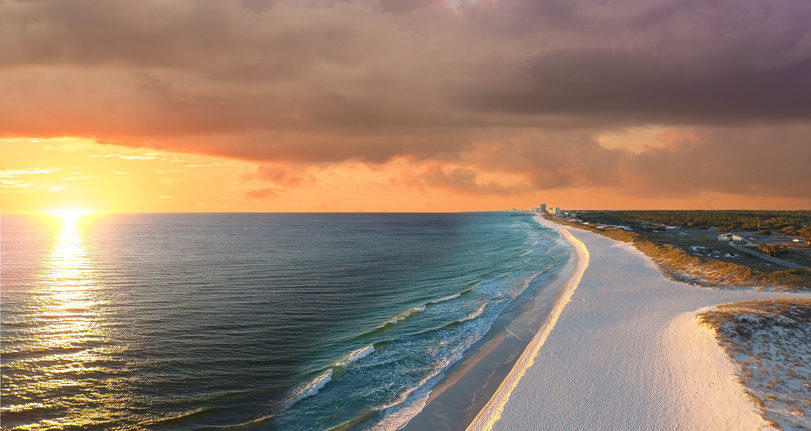 Improved understanding of the coupled natural/human coastal system will help promote resilience of coastal communities and ecosystems under rapidly changing environmental conditions and support informed decision-making, says a new report from the National Academies of Sciences, Engineering, and Medicine. The physical and ecological systems, people, and economy in the Gulf Coast are inextricably linked. The natural system includes processes such as sea-level rise, subsidence, storm surges and flooding, sediment management, marsh and wetland loss, and conservation and restoration activities. The human system encompasses land use and coastal development, adaptation, and migration or relocation. The interactions and feedbacks between the natural and human systems are what make up the coupled system.

The committee that carried out the study and wrote the report identified three critical areas of research that could address gaps in high-priority scientific knowledge, helping to inform decision-making and research planning related to the strategic initiatives of the National Academies' Gulf Research Program (GRP):

The report recommends that GRP create an integrated research program that focuses on understanding of the evolution of the coupled coastal system. This research program should support collaborative, multidisciplinary research teams; encourage comprehensive, gulfwide integrated observational and modeling efforts; offer research opportunities that are longitudinal and multidecadal; and deliver easily accessible observational data and model results. Such an effort has the potential to positively transform living along the Gulf Coast and in coastal zones around the world by informing decisions from local to federal levels, says the report.

Turning research products into actionable policies for a re-envisioned future Gulf entails communication and collaboration between scientists and stakeholders such as city planners or emergency managers, but current barriers prevent effective communication. The report identifies opportunities to overcome these barriers, such as targeted funding that would allow stakeholders to better interpret and use scientific information, creating an incentive structure that fosters information sharing between the energy industry and other stakeholders, and encouraging scientists to engage substantially with stakeholders from product development to delivery stage.

Such a research program will enable significant advancement toward understanding the feedbacks and interactions among the physical, ecological, and human components and the resulting evolution of the coupled system along the Gulf Coast, in the context of both human and climate drivers.

The report recommends focusing planning efforts on a near-decadal scale (10–50 years) and a decadal-century scale (50–200 years). These periods encompass the time scales of the physical and ecological drivers of anticipated changes and the motivating factors for human response and decision-making.

The study was sponsored by the Academies’ Gulf Research Program, which was established at the request of the US government as part of legal settlements in the aftermath of the Deepwater Horizon oil spill. The National Academies of Sciences, Engineering, and Medicine are private, nonprofit institutions that provide independent, objective analysis and advice to the nation to solve complex problems and inform public policy decisions related to science, technology, and medicine. They operate under an 1863 congressional charter to the National Academy of Sciences, signed by President Lincoln.