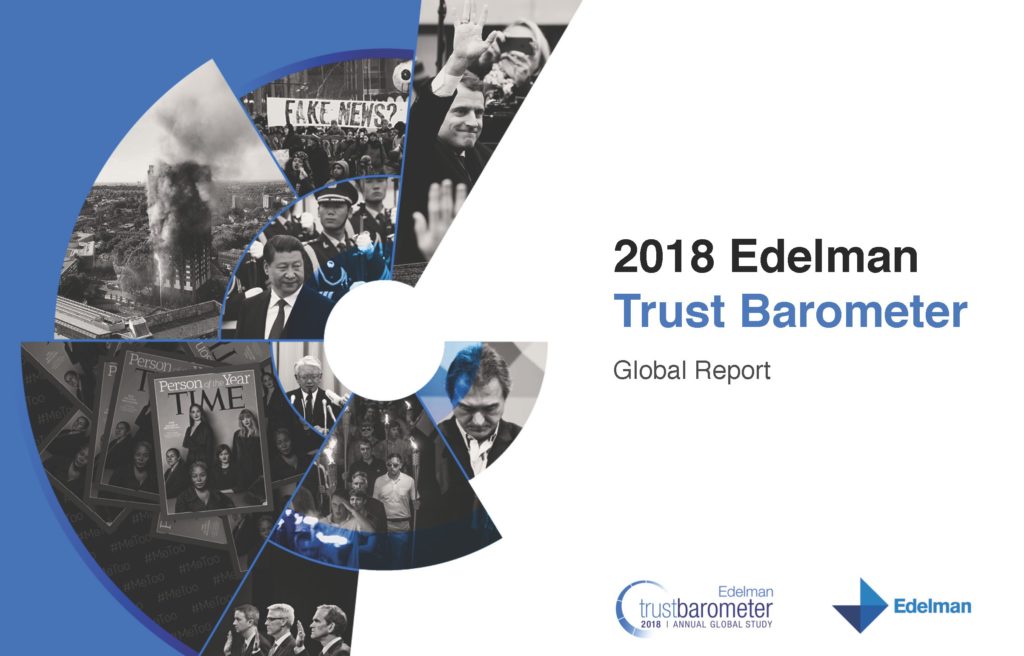 In 2018, trust across institutions—business, government, nongovernmental organizations, and the media—among members of the US general population declined by nine points—the steepest drop ever measured in the United States by the Edelman Trust Barometer. But the drop was even more dramatic for the American natural gas industry—a 13-point decline in trust among the general population and a 25-point drop among the informed public. That stunning drop cannot be ignored.

With global energy markets, domestic grid resilience, state and federal policies, activism, and politics shaping the natural gas landscape, Edelman conducted further research into the perceptions of natural gas and the natural gas industry within the United States. The findings of this deep-dive were discussed at a recent Natural Gas Perspectives event hosted by Edelman and featuring input from the US Department of Energy, Axios, and sector leaders from throughout the natural gas value chain.

Explaining the drop in public trust is complicated and, on the surface, rife with contradiction:

Less than half of the general population—and only 55% of the informed public (a neutral position)—are favorable toward the natural gas industry; but more than 60% of both audiences believe the industry’s best days are ahead.

Contributions toward better air quality are considered among the top benefits of natural gas by both audiences; conversely, emissions released during the natural gas production process—in addition to concerns about extraction technologies—are ranked among its top drawbacks.

Both audiences overwhelmingly support modernizing the electric grid, and both favor natural gas production and its greater use in electricity, but neither audience supports the actual policies that would make this happen—a classic American dilemma.