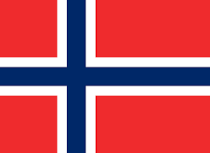 Norway on 5 July invited companies to submit bids to use subsea reservoirs to store carbon dioxide (CO2) near the country’s largest oil and gas field, Troll.

The Nordic country aims to develop a full-scale carbon capture and storage by 2022 as part of its commitment to slow climate change after dropping such a project at its Mongstad refinery in 2013.

Norway’s oil and energy ministry said it planned to award permits to inject and store CO2 in the fourth-quarter of this year.

It will be the first project in the world to store CO2 offshore from other sources than petroleum production, a spokesman for the ministry said.

The government has already asked Norway’s largest oil and gas firm Equinor to investigate the possibilities and potential costs of offshore storage.