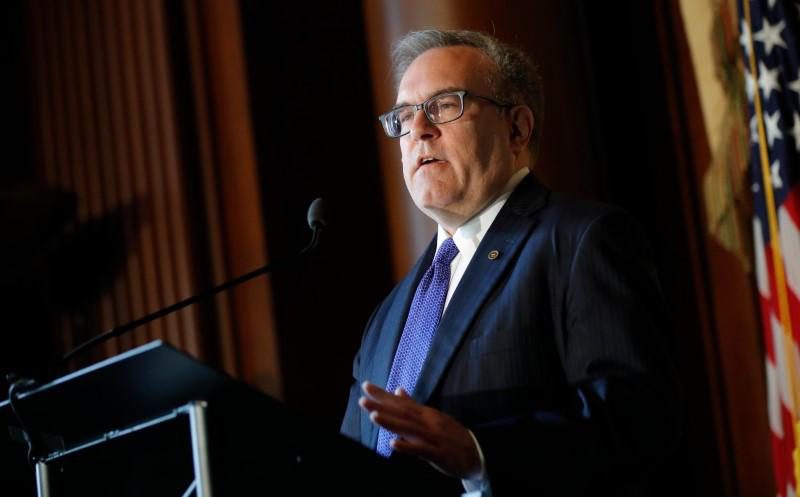 The US Environmental Protection Agency’s acting chief said he would push to cut regulations on industry and speed up decisions on permits, echoing the policies of former head Scott Pruitt who stepped down.

Andrew Wheeler, a longtime Washington insider, took the reins after Pruitt, a former attorney general from Oklahoma, resigned over more than a dozen ethics controversies.

Unlike Pruitt, Wheeler has been known to shun the spotlight. But some environmentalists say his experience means he can carry out Trump’s policy of slashing regulations more effectively.

Wheeler said President Donald Trump talked to him and asked him to provide regulatory relief to industry while protecting air and water quality. “I think we can do all three of those things at the same time,” Wheeler said in his first address to EPA staff.

Environmentalists have complained that the EPA under Trump has worked to reverse Obama era limits on pollution.

Wheeler worked at the EPA in the 1990s and later in the Senate under Senator Jim Inhofe, a skeptic of mainstream climate science, before moving to the private sector as a lobbyist and consultant. He said that he was “not at all ashamed” of more recent lobbying for the coal company Murray Energy, the focus of criticism by environmentalists.

His top issue in work for Murray was the Miners Protection Act, shoring up pension and healthcare benefits for United Mine Worker retirees, said Wheeler, whose grandfather was a coal miner during the Great Depression.

Robert Murray, the company’s chief executive, has pressured the Trump administration to ease regulations on mining.