A Closer Look at Welder's Lung 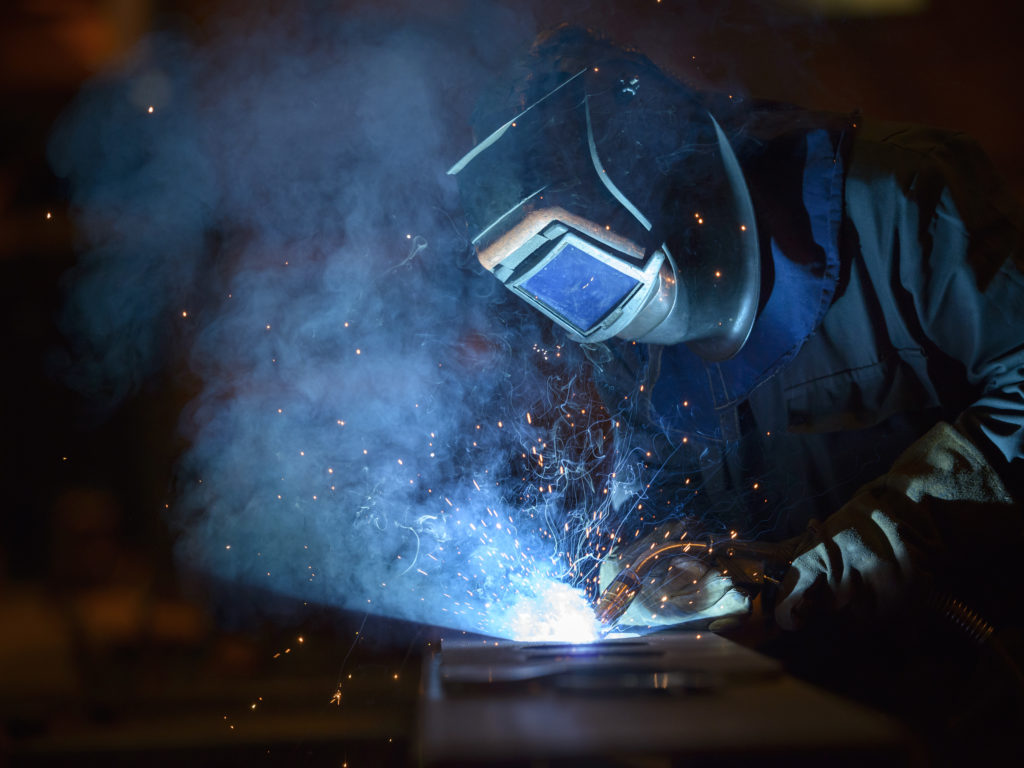 Welding produces miscellaneous gases and particles that have various effects on respiratory systems, and long-term exposure may result in "welder's lung." The aim of this study is to describe radiological findings of welders' lung.

The clinical and radiological findings of welders who had hospital applications with respiratory symptoms between January 2010 and January 2017 were evaluated retrospectively.

A total of 16 male welders with a mean age of 37 had the mean duration of welding occupation of 12 years. The most common symptoms were coughing (87%), sputum production (63%), and dyspnoea (63%).Thirteen welders were working in shipyards and three in construction business and other workplaces. Three (19%) patients had rhonchi on physical examination, and these patients had decreased FEV1/FVC values below 70% on spirometry. Poorly defined centrilobular micronodules that were not clearly visible on chest radiographs observed on thorax high resolution computed tomography. Bronchoscopy was performed to seven patients. Iron-positive pigment granules and ferruginous bodies were revealed in three patients' bronchoalveolar lavage.

Welders' chest X-rays deserve a closer look. In pulmonary radiology, there may be radiographical findings ranging from small ill-defined nodules to groundglass opacites. Physcians should look more careful to welders' chest X-rays. An awareness for the radiological findings will also reduce interventional procedures in these patients.