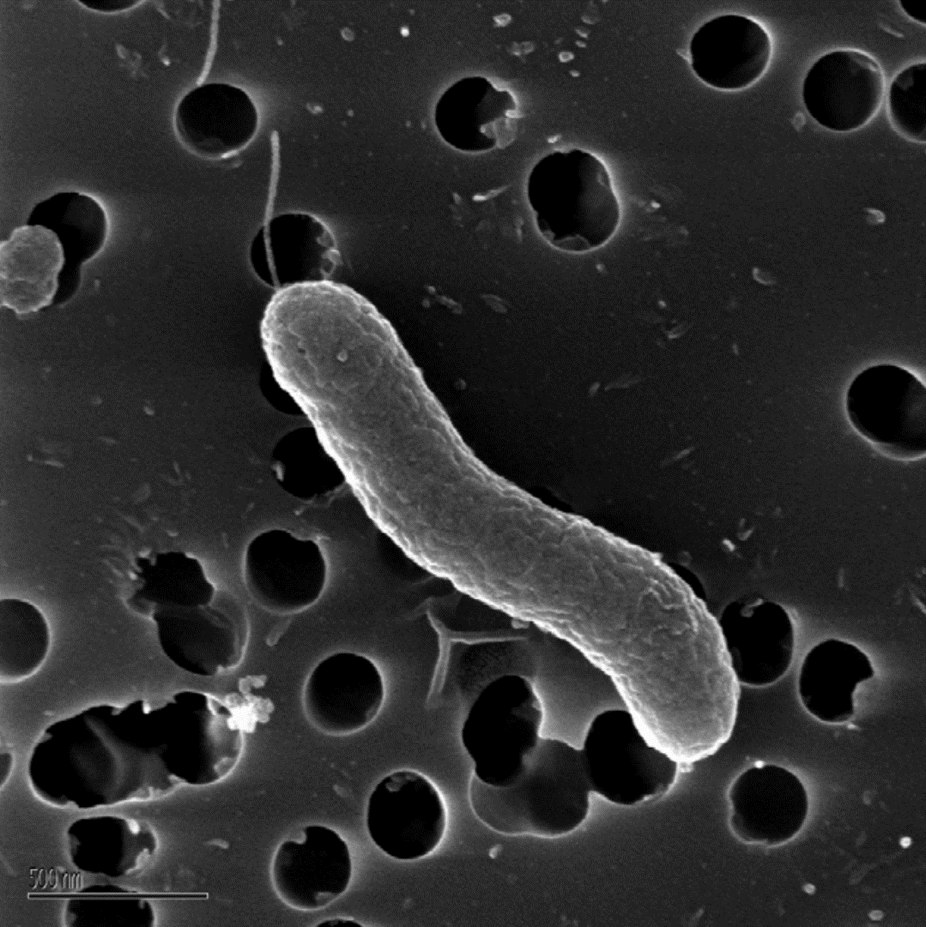 Microbes break down oil that has entered the environment. The bacteria pictured here is 50 times smaller than the diameter of a human hair, yet this particular species is capable of degrading 25 to 60% of the oil it comes in contact with under cold-water conditions.

The Sea Grant oil spill outreach team has produced two new publications explaining what scientists know about what happens to oil in a marine environment after an accidental spill.

The first, Where Did the Oil Go? A Deepwater Horizon Fact Sheet, uses infographics and simple explanations to clearly outline what scientists now understand about where the 172 million gallons of crude oil that entered the Gulf of Mexico in 2010 ended up. This document—largely drawn from 2017’s in-depth Deepwater Horizon: Where Did the oil Go?—reveals how both response actions and natural processes influenced the spilled oil’s destination. It also gives a breakdown of how each Gulf state fared in the aftermath.

The second offering, Microbes and Oil: What’s the Connection?, explains that, although microscopic creatures, microbes play a big role in the natural biodegradation of oil in a marine environment. While the microbe species that break down oil live in all waters and all climates, they became more widely known to the public after the Deepwater Horizon oil spill in 2010. This publication offers an in-depth explanation of how microbes have evolved to eat various chemical compounds found in oil as part of their natural diet. It also describes how these microbes’ behavior can differ depending on their species and the place they live in the marine environment. The publication also looks at what scientists know about how man-made response efforts such as chemical dispersants impact these important species.