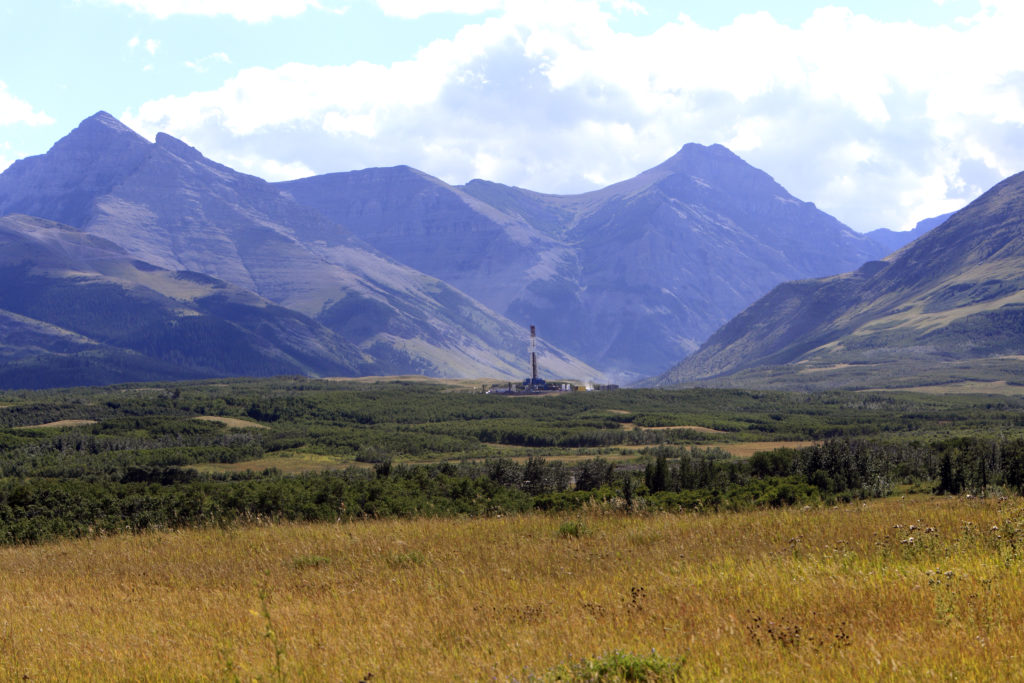 Nearly 15 years ago, a US Department of Energy project sought to extract near-surface hydrates from Alaska without permanently disturbing the tundra. “Two years later, when they dismantled this thing, it was like they hadn’t even touched the permafrost,” said Rich Haut, recently retired from the Houston Advanced Research Center (HARC). “It was just remarkable.”

While the Hot Ice project did not spur a race for hydrates, its consideration of the environment created a legacy. Haut and two other men—Tom Williams, now president of the Research Partnership to Secure Energy for America, and Dave Burnett, now an associate research scientist at the Texas Center for Applied Technology—saw how offshore-rig technology was used to make the project environmentally sensitive and wondered what other offshore technologies could be repurposed to protect the onshore environment.

“We started putting together a premise on this about how to provide unbiased science to address environmental and societal issues in onshore oil and gas operations,” Haut said. And Environmentally Friendly Drilling (EFD) was born.

“Environmentally Friendly Drilling—now there’s an oxymoron,” he said. Nonetheless, the idea of taking care of the environment while producing hydrocarbons was strong and important.

EFD has been working with the oil and gas industry ever since, and, for his efforts with the group, Haut has earned SPE’s 2018 Health, Safety, and Environment Award. The award will be presented at the SPE’s 2018 Annual Technical Conference and Exhibition in September in Dallas.

Haut, Williams, and Burnett began EFD by building an advisory committee of industry professionals. “We also wanted to include outreach to environmental organizations. We got real strong support from the Nature Conservancy as well as the Environmental Defense Fund. We even got Ducks Unlimited involved.”

Since its beginnings, EFD has grown to respond to environmental efforts throughout the upstream industry. “Even though it says drilling in the name EFD, Environmentally Friendly Drilling, we really decided to look at everything from site selection all the way through gas production,” Haut said.

EFD Alliance
The group also saw regional challenges that needed to be tackled. “Over the years, one of the key things we saw was the need for regional expertise to address regional issues,” Haut said. “We’d do stuff up in Alaska or go to meetings, and nobody would believe anybody from Texas up in Alaska unless you had a local introducing you.”

The solution to these regional challenges was the EFD Alliance, a loose collaboration of universities and national laboratories across the US. Through the Alliance, “if one of our sponsors had an issue up in a certain region, well then we had the regional expertise that could help them out,” Haut said. The Alliance since has spread outside of the US with a chapter at the Montanuniversität Leoben in Austria.

The longevity of EFD has helped. “A lot of the folks we knew 15 years ago, they’ve moved right on up into management positions. And they’ve developed that culture of environmental awareness, and they bring that to the party every day,” Haut said. “And that’s really cool to see.”

Offshore Challenges
Haut says that, although he has retired from HARC, he has no plans to quit working for the environment. He said that offshore is ripe with opportunities and challenges. “If a hurricane comes along and washes away around that casing that’s been abandoned, are these things still pressurized under there? Are there some issues when a shrimping net gets ahold of it and starts tugging on it? There’s some near-shore stuff that needs to be looked at. And then there’s, of course, the abandonment of deepwater subsea wells. How do you monitor those after you abandon them, and who’s responsible for that?” Haut said EFD will be working on these questions with the US Bureau of Safety and Environmental Enforcement and other federal agencies.

On to the Future
Another frontier that EFD is considering is the geothermal industry. High-pressure/high-temperature (HP/HT) technology from the oil industry may translate to geothermal wells. “One of the issues there is getting that technology from the oil patch, the HP/HT efforts, over to the geothermal area,” Haut said. “If you can reduce the time it takes to drill a geothermal well, you’re also helping the environment because you’re reducing all of the emissions from all of the engines while you’re drilling.”

Nearly 15 years on, thanks to the efforts of Haut and everyone involved with EFD, environmentally friendly drilling is no longer an oxymoron. “We’ve taken EFD, Environmentally Friendly Drilling, from being an oxymoron to basically being ubiquitous throughout the industry. We hear it every day now across all sorts of media. Now there is an opportunity to take that and say, ‘We’ve done a good job there, let’s not leave it behind. Let’s build on it and reach out as needed into these other areas.’”