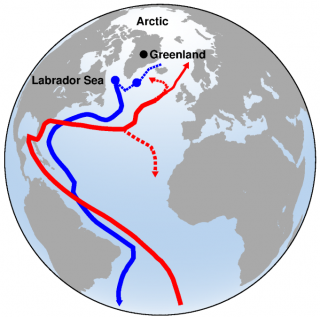 The National Oceanography Centre (NOC) is set to start a 5-year project that will use marine robots to investigate how meltwater from Greenland and Arctic ice is changing deepwater formation in the North Atlantic.

Frajka-Williams explained, “Deep water formation is a key part of the meridional overturning circulation, and numerical models tell us that, when you shut it down, the global ocean circulation responds by slowing. However, even though Greenland has been melting at accelerating rates, we have seen an increase in convection in the past couple of years. TERIFIC will zoom in to get a detailed look at the processes occurring during this spread of freshwater and deepwater formation.”

Developing a better understanding of how and on what timescales the ocean responds to freshwater inputs should improve the ability to make predictions about ocean circulation change in the coming decade and the potential effects on the climate of northwest Europe.