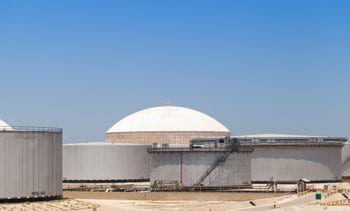 Oil-producing countries are adopting a variety of strategies to shield their industries from climate action, seeking not just to survive but to recast their businesses in ways that provide competitive advantages, according to a working paper by an expert in the Center for Energy Studies at Rice University’s Baker Institute for Public Policy.

“Climate Strategy for Producer Countries: The Case of Saudi Arabia” was authored by Jim Krane, the Wallace S. Wilson Fellow for Energy Studies at the Baker Institute. Krane, whose research explores the geopolitical aspects of energy with a focus on the Middle East and the Organization of the Petroleum Exporting Countiers (OPEC), presented the draft on 2 August at the Gulf Research Meeting at the University of Cambridge in England.

Krane’s paper explores in particular a less-studied climate strategy: near-term actions that Saudi Arabia and other producer states have taken or may take in the next few years to maintain oil exports amid emerging restrictions on fossil fuels.

Like other large producers of carbon-intensive fossil fuels, Saudi Arabia finds itself at the center of the global climate conundrum, increasingly recognized as major fossil fuel producer, exporter, subsidizer, and consumer, Krane said. “Saudi Arabia also stands to become an early and significant victim of climate change, since its arid geography and harsh summer climate is highly vulnerable to damage,” Krane wrote.

“Some of the strategies that Saudi Arabia has developed would alter the nature of its future participation in the oil business,” Krane wrote. “From simply supplying energy commodities, the kingdom is increasing its involvement in importing markets and in sustaining oil-consuming technology.”