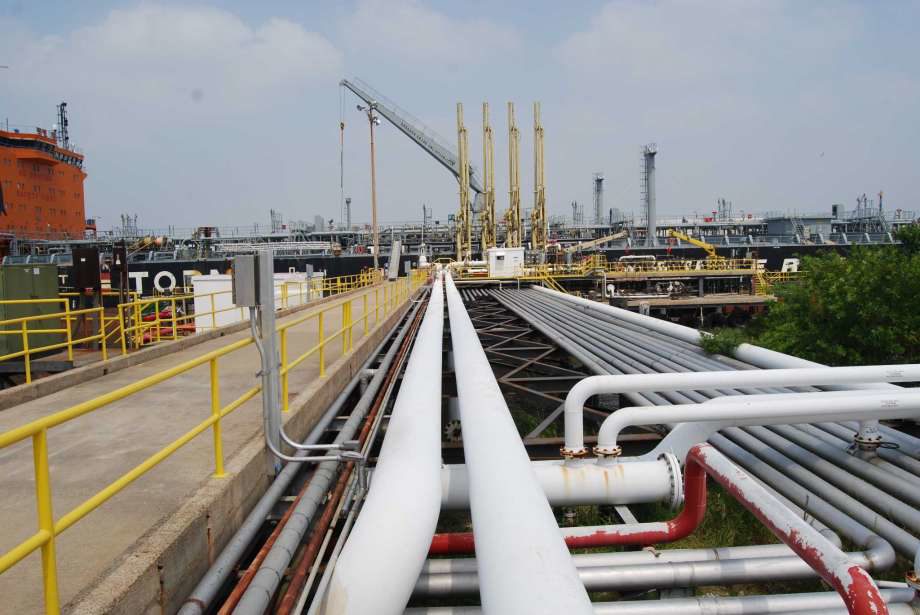 Credit: Kinder Morgan.
Kinder Morgan, which operates this terminal in Pasadena, Texas, says it is ready to move ahead with its 500-mile natural gas pipeline from West Texas to the Corpus Christi area.

Lobbyists representing US manufacturing and chemical companies are urging Congress to secure natural gas pipelines against physical attacks and cyberattacks.

"When so much is resting on the reliability of natural gas pipelines, we cannot help but be concerned that the security requirements under the Transportation Security Administration are voluntary, not mandatory," Cicio wrote. "Natural gas pipelines are the weak link in US national energy infrastructure."

The letter comes as the Trump administration is weighing the creation of a federal subsidy for coal and nuclear power plants on the grounds their onsite supply of fuel provides a more secure power supply. Natural gas plants, on the other hand, are reliant on a near constant supply of gas delivered via pipelines.

In building support for such an action, which has been opposed by groups as diverse as the Sierra Club and the American Petroleum Institute, Energy Secretary Rick Perry has cited the potential for pipeline disruption through terrorist attack.

The Interstate Natural Gas Association of America, which represents pipeline companies and has argued against creating a national security standard, declined to comment on the letter from IECA.