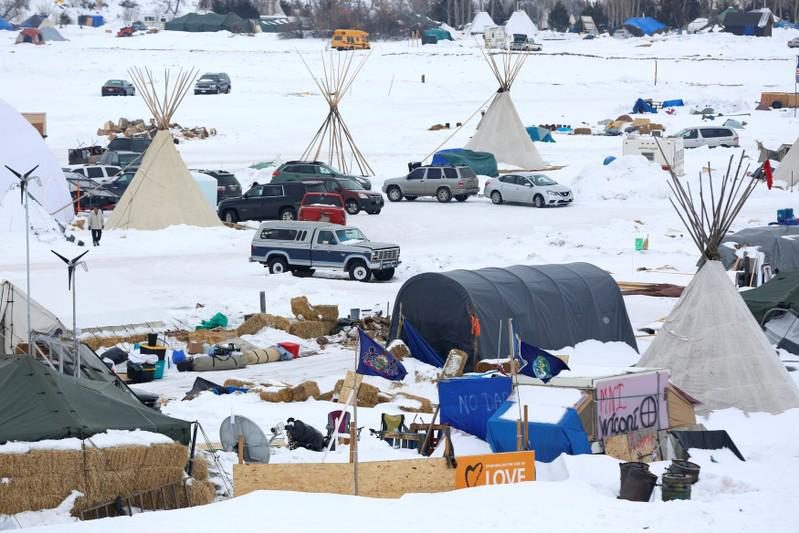 Credit: Terray Sylvester/Reuters.
Signs hang in the Dakota Access Pipeline protest camp on the edge of the Standing Rock Sioux Reservation near Cannon Ball, North Dakota, US, on 24 January 2017.

The US Army Corps of Engineers said on 31 August that a permit it granted for the Dakota Access Pipeline last year was environmentally sound, handing a setback to tribal and green groups hoping to stop the flow of oil on the pipeline.

In June 2017, US District Judge James Boasberg in Washington, DC, ordered the Army Corps of Engineers to further review environmental analysis on the permit, which had granted the final easement to finish the pipeline.

The Standing Rock Sioux tribe had sued the corps over its approval of the pipeline in North Dakota, arguing that oil spills could contaminate their water source, the Missouri River.

The corps said in its decision that granting the permit and right of way for the company under federally owned land “does not result in disproportionately high and adverse human health or environmental effects on minority populations, including tribes, and low-income populations.”

Opponents of the Dakota Access Pipeline had hoped the new analysis would force the halting of the Energy Transfer Partners LP  pipeline, which began transporting oil last year.