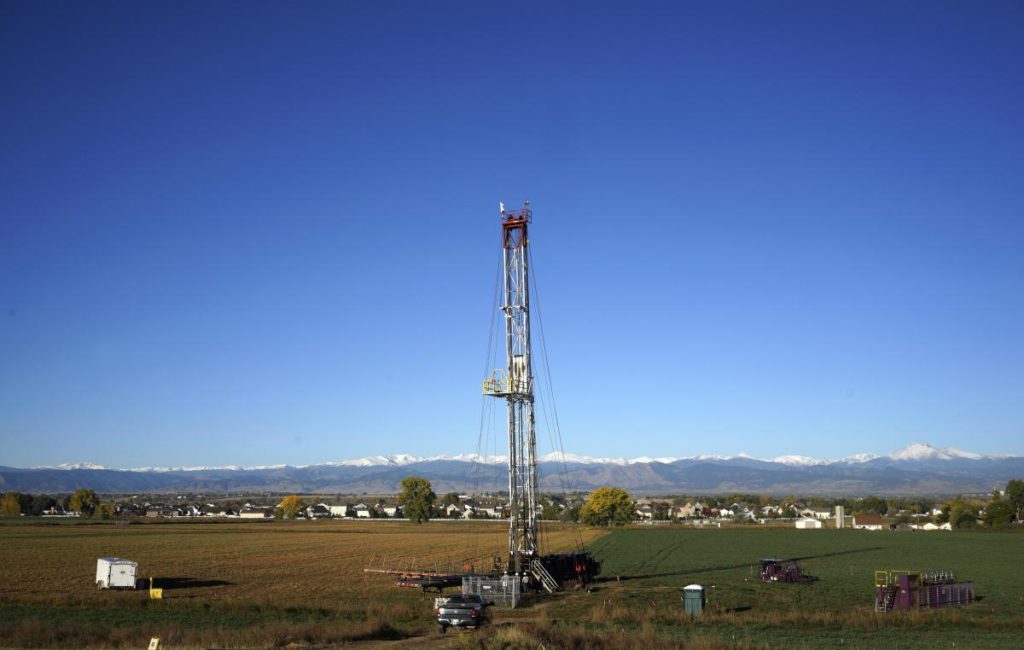 Credit: Rick Wilking/Reuters.
Workers drill a new oil well in a farm field within sight of houses near the town of Longmont, Colorado, on 14 October 2014.

A Colorado ballot initiative that would sharply increase the required distance between new oil wells and populated areas will go before voters in November, Colorado officials said on 29 August.

The proposal, opposed as anti-fracturing by oil and gas producers, would require new projects to be at least 2,500 ft from buildings, parks, and certain wildlife areas. The state currently requires as little as 500 ft of separation.

A 2,500-ft setback would render approximately 85% of all new oil and gas development on nonfederal lands in the state off-limits to drilling, according to a 2016 study by the state’s oil and gas conservation commission.

Colorado Rising submitted 123,195 verified signatures to get the initiative on the ballot, above the 98,492 required, state officials said.

A similar initiative failed to get on the 2016 ballot. The following April, two men were killed in an explosion caused by gas from an abandoned well approximately 170 ft from a Firestone, Colorado, home. Supporters of the initiative say there have been 13 explosions and fires since then.

“The climate in regards to oil and gas has really shifted quite a bit since the Firestone explosion,” Anne Lee Foster, a volunteer with Colorado Rising, said.

Opponents argue the proposal would cost Colorado’s economy between $169 billion and $217 billion over the next 12 years and reduce state and local tax revenues by between $7 billion and $9 billion. It would also affect an estimated 147,800 jobs, a July 2018 report by free-enterprise group Common Sense Policy Roundtable said.