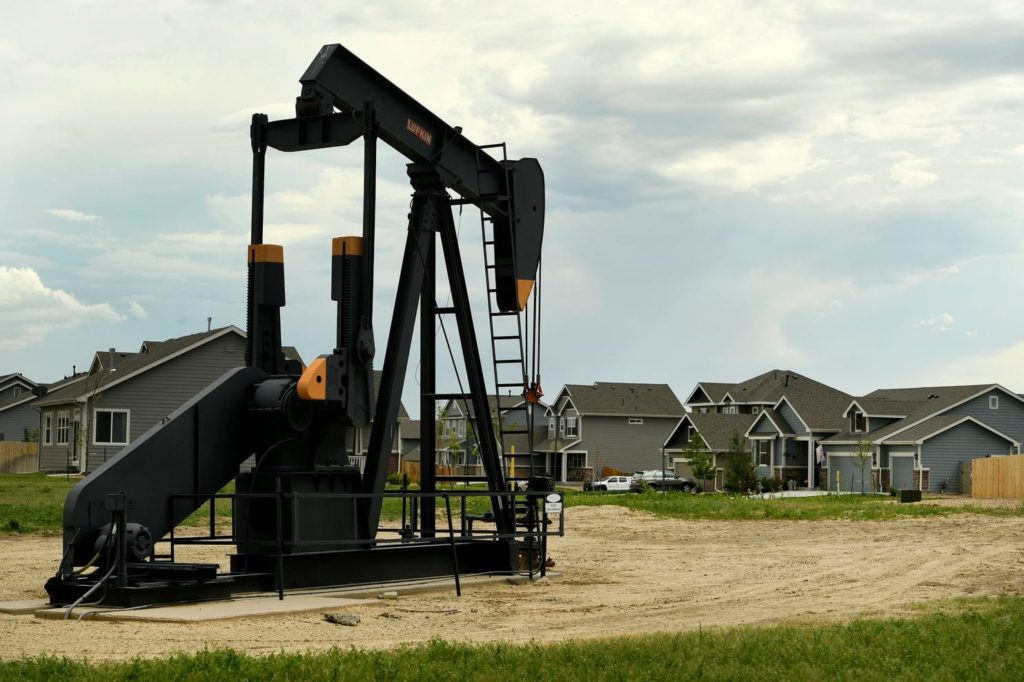 Credit: Helen H. Richardson/Denver Post.
An oil pumpjack sits inside a housing subdivision in Dacono, Colorado, one of the many places where energy development is coming up against burgeoning communities.

A years-long fight in Colorado over how close oil and gas drilling can safely be to places where people live and work is coming to a head with an unprecedented November ballot measure that would ban such operations within at least half a mile of homes, schools, businesses, and waterways.

Proposition 112 is pitting homeowners against Fortune 500 companies and even neighbor against neighbor. The stakes involved are immense in a state that is the nation’s seventh-largest oil producer and fifth-biggest supplier of natural gas.

Opponents say increased setbacks would put tens of thousands of people out of work, plunge Colorado into a recession and jeopardize US energy independence. An industry-backed political action committee, Protect Colorado, collected about $33 million through 26 Septtember to defeat the initiative. That sum, which dwarfed the amount the other side raised, has made Proposition 112 one of the most expensive referendums in state history.

Proponents counter that industrial operations pollute the air and threaten health and safety. Colorado Rising, the committee leading the effort, has highlighted more than a dozen fires, leaks, and explosions since 2017. Several have been deadly, and the loss of life is one likely reason Proposition 112 supporters succeeded this time in getting enough signatures to put the measure on the ballot.

As the 6 November midterm election nears, both sides are going door to door and holding rallies, especially in the most populous counties near Denver. Most Coloradoans vote by mail, and they’ll start receiving their ballots this week.

According to Tracee Bentley, executive director of the Colorado Petroleum Council, the state is considered “a bellwether.” If Proposition 112 were to pass, she said, “we are certain we would see it pop up in a couple years in other oil-and-gas-producing states.”