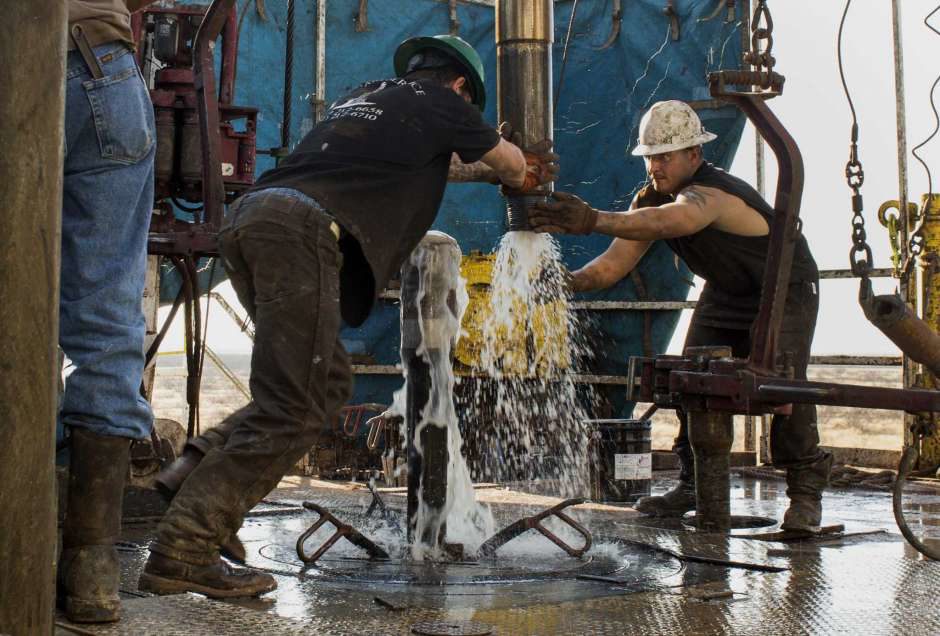 Credit: Brittany Sowacke/Bloomberg.
Wastewater disposal is becoming a bigger problem for oil and gas drillers. A rule of thumb is that, for every barrel of oil, four or five barrels of waste water are produced.

For almost as long as there have been oil wells in Texas, drillers have pumped the vast quantities of brackish waste water that surfaces with the oil into underground wells thousands of feet beneath the Earth’s surface.

But with concern growing that the underlying geology in the Permian Basin and other shale plays is reaching capacity for disposal wells, the Trump administration is examining whether to adjust decades-old federal clean-water regulations to allow drillers to discharge waste water directly into rivers and streams from which communities draw their water supplies.

Technically speaking, drillers are allowed to do this in limited circumstances under federal law, but the process of cleaning salt-, heavy-metal-, and chemical-laden waste water to the point it would meet state or federal water standards is so costly that it’s rarely done, experts say.

“Technology is changing. At some point, if your disposal options are limited or it becomes so expensive you’re having to truck water to be disposed of several hundred miles away, companies will do it,” said Jared Craighead, legal counsel to Texas Railroad Commissioner Ryan Sitton. “It might not make sense today but maybe in a year or two.”

The Environmental Protection Agency (EPA) is consulting with experts and conducting public meetings around the country toward making a decision next summer, said Lee Forsgren, deputy assistant administrator at EPA’s Office of Water, on 16 October in Washington. “We’re very much in a listening mode now,” he said.

The primary question facing the EPA is whether water standards can be adjusted so oil and gas companies can economically treat waste water to be pumped into the water supply without contaminating drinking-water supplies or killing off local wildlife.

In 2016, the EPA banned municipal sewage plants from accepting waste water associated with hydraulic fracturing after it was discovered that, in Pennsylvania, water was sent to plants not equipped to properly clean it. Amid that state’s hydraulic fracturing boom, residents along the Monongahela River in western Pennsylvania were advised to use bottled drinking water.

“It would be so difficult to (treat the waste water) because there’s so much we don’t know,” said Nichole Saunders, an attorney with the Environmental Defense Fund in Austin. “There’s only a handful of research papers. We don’t have approved testing methods. The complicating factor here is there’s not really the science and data to inform EPA.”