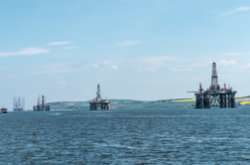 Scientists have found that man-made structures in the North Sea could play a crucial role in holding coral populations together and increasing their resilience.

The wide range of industrial activities in oceans—including oil and gas extraction and renewable energy projects involving offshore wind, wave, and tidal energy—can present a challenge for marine environments. By creating an ocean sprawl, the growing number of artificial structures can have a negative effect on marine ecosystems, putting further pressure on natural habitats. However, they can also present novel conservation opportunities, according to researchers partially supported by the EU-funded ATLAS project.

The study findings were published recently in the Scientific Reports journal. "Highly connected networks generally improve resilience in complex systems. We present a novel application of this paradigm and investigated the potential for anthropogenic structures in the ocean to enhance connectivity of a protected species threatened by human pressures and climate change."

As summarized in a news release by the University of Edinburgh, the scientists used a computer model to reveal how a protected species of coral might use industrial structures to spread. They found that "coral larvae released near oil platforms would travel between corals that have colonized other structures and reach natural populations located at great distances." The news release also notes that the larvae belonging to the species Lophelia pertusa can "supplement existing populations and recolonize damaged reefs and protected areas in other countries, improving their chances of survival."