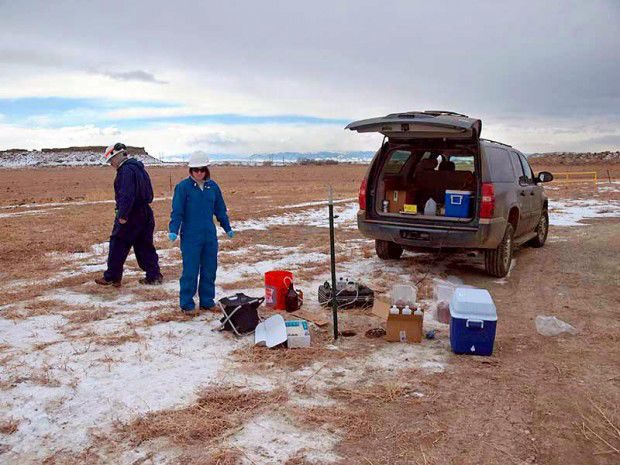 Three scientists say groundwater pollution in Pavillion, Wyoming, is likely caused by gas seeping from inadequately lined gas wells, a porous geology, and the dumping over years of up to 880,000 gallons of chemical effluent into 40 unlined pits.

The two likely sources of pollution—contamination that includes methane gas and other petrochemicals—have affected the Wind River Formation drinking aquifer to the point that it is unlikely ever to be cleaned up, one scientist said. The three made their cases at a forum sponsored by the Powder River Basin Resource Council in Riverton, Wyoming, on 18 Octover.

The tainted water affects homes and ranches in the 12-square-mile Pavillion gas field where about 169 gas wells were drilled. Activity that started in the 1950s increased in density and rate starting in 2000. Thirty-seven private water wells have been surveyed for pollution and about 30 homes are now being served by recently installed cisterns to which clean water is regularly trucked.