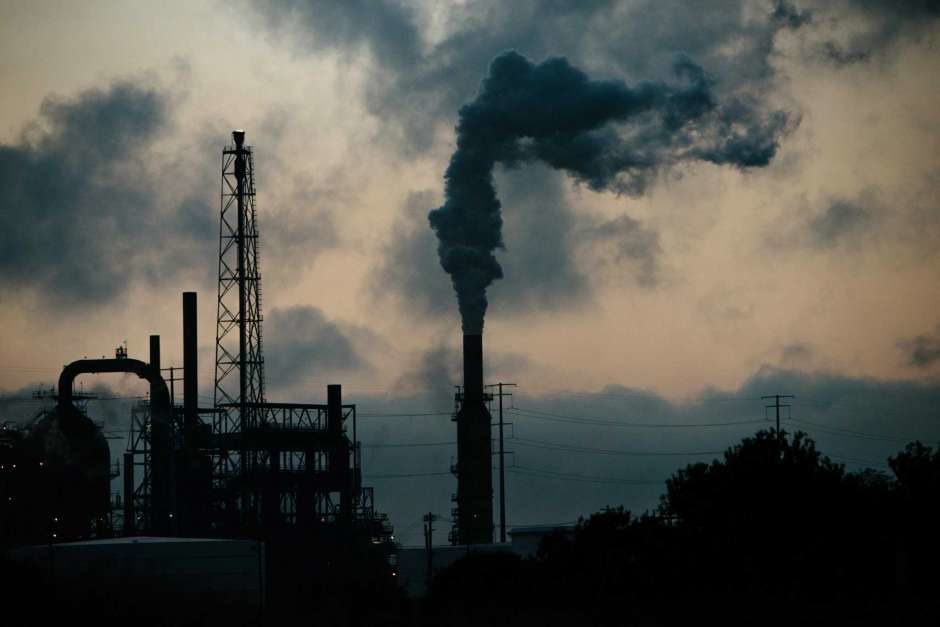 Credit: Brandon Thibodeaux/The New York Times.
An oil refinery in Port Arthur, Texas, is shown on 7 November 2018. Without major action to rein in global warming, the American economy could lose 10% of gross domestic product by 2100, according to a report from 13 federal agencies.

A dire government report on the far-reaching impact of climate change could increase pressure on the energy industry to curb greenhouse gas emissions and political leaders to act more decisively to reduce the use of fossil fuels, analysts said.

No one expects such actions while Republicans control the White House and the Senate. President Donald Trump quickly dismissed the report—produced by his own administration—telling reporters on 26 November, “I don’t believe it.”

But, analysts said, the report’s uncompromising findings that the pace of global warming is accelerating and human activity—the burning of fossil fuels such as oil, coal and natural gas—is most responsible will make it harder for the Trump administration to roll back Obama-era restrictions aimed at cutting greenhouse gas emission from power plants and oil and gas drilling.

The 1,656-page report, required by Congress, offers the most comprehensive scientific study yet of climate change’s impact on the US economy, public health, coastlines, and natural resources. Its message is clear: Climate change, in the form of increasingly devastating hurricanes in the Southeast, deadly wildfires in California, and more intense heat waves, has already pummeled the country. And more climate change catastrophes are coming.