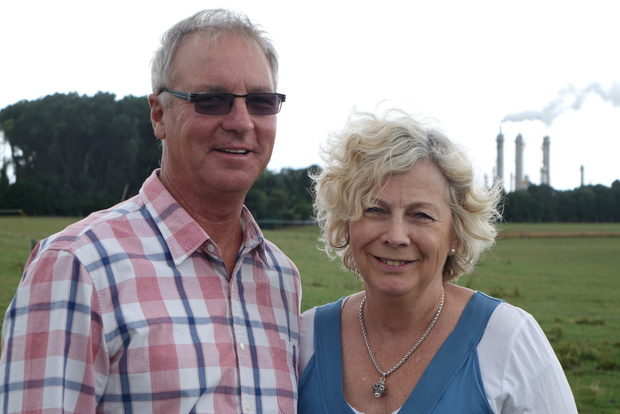 Taranaki farmers say they will be collateral damage if a recommendation that safety exclusion zones be enforced around oil and gas installations is taken up.

An interim Environment Court decision calls for the zones, to prevent people being killed in the event of an explosion.

Safety zones, or setbacks, were included in the draft South Taranaki district plan at the industry's behest but then withdrawn.

During the process, the council and industry agreed that buffer zones were required.

The court has indicated that setbacks of 250 m were needed around wellheads and even more around installations.

Kapuni farmer Ainsley Luscombe—whose property is surrounded by oil and gas infrastructure—said it would have a huge impact.

"I mean, at 300 m, there's whole parts of our farm that we couldn't build houses on. And we have the issue with our farm workers that, if the farm workers' houses are within that space, then under OSH (occupational safety and health) regulations, how can we require them to live there?"

Luscombe said she was happy to see a more scientific approach taken to safety but not to lose the use of farmland.

"If they can't keep people safe within their own boundaries, then they need to extend their boundaries to ensure that's happening. It's not our role as their neighbour to provide their safety or buffer zone.

"I would like the court to direct the oil companies to that, if they require that area to contain their affects, they actually purchase that area. I don't think that is unreasonable. I mean, if your neighbour in town can't just throw their rubbish over the fence and it become your problem, can they?"

Luscombe said that, when the first well was put in on their property, they were told 4 acres were required and that, if they didn't sell, it would be taken under the Public Works Act.

There was little discussion about the health and safety impacts, she said.