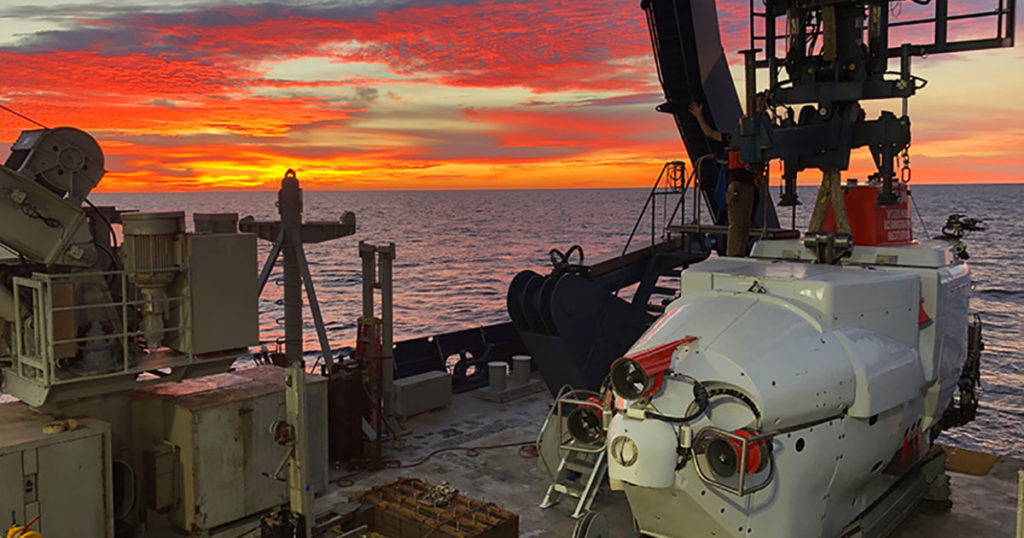 In a paper published in Nature Communications, researchers documented extensive diversity in the microbial communities living in the extremely hot, deep-sea sediments located in the Guaymas Basin in the Gulf of California. The team uncovered new microbial species that are so genetically different from those that have been previously studied that they represent new branches in the tree of life. Many of these same species possess keen pollutant-eating powers, like other, previously identified microbes in the ocean and soil.

"This shows the deep oceans contain expansive unexplored biodiversity, and microscopic organisms there are capable of degrading oil and other harmful chemicals," said assistant professor of marine science Brett Baker, the paper's primary investigator. "Beneath the ocean floor, huge reservoirs of hydrocarbon gases—including methane, propane, butane, and others—exist now, and these microbes prevent greenhouse gases from being released into the atmosphere."

The researchers' analysis of sediment from 2,000 m below the surface, where volcanic activity raises temperatures to around 200°C, recovered 551 genomes, 22 of which represented new entries in the tree of life. According to Baker, these new species were genetically different enough to represent new branches in the tree of life, and some were different enough to represent entirely new phyla.

"The tree of life is something that people have been trying to understand since Darwin came up with the concept over 150 years ago, and it's still this moving target at the moment," said Baker, who earlier was part of a team that mapped the most comprehensive genomic tree of life to date. "Trying to map the tree is really kind of crucial to understanding all aspects of biology. With DNA sequencing and the computer approaches that we use, we're getting closer, and things are expanding quickly."