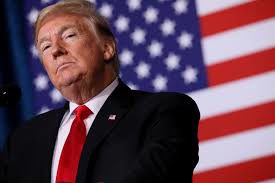 The Trump administration is set to reduce the number of federally regulated waterways protected under the US Clean Water Act in a bid to help the energy and agriculture industries, according to a media report on 7 December.

The Environmental Protection Agency will propose altering the definition of what qualifies as “Waters of the United States” under the regulation to remove streams that flow only after rain and wetlands unconnected to larger waterways, news outlet E&E reported, citing a document.

The change could open the door to additional pollution in some water bodies from industries including oil drilling, mining, and agriculture by removing them from federal oversight.

The E&E report said the EPA would make the proposal on 11 December. An EPA official was not immediately available for comment.

Environmental groups slammed the upcoming move, saying it was “destructive.” It was hailed by groups representing farm interests, who said the agriculture community long needed clarity on the rule.