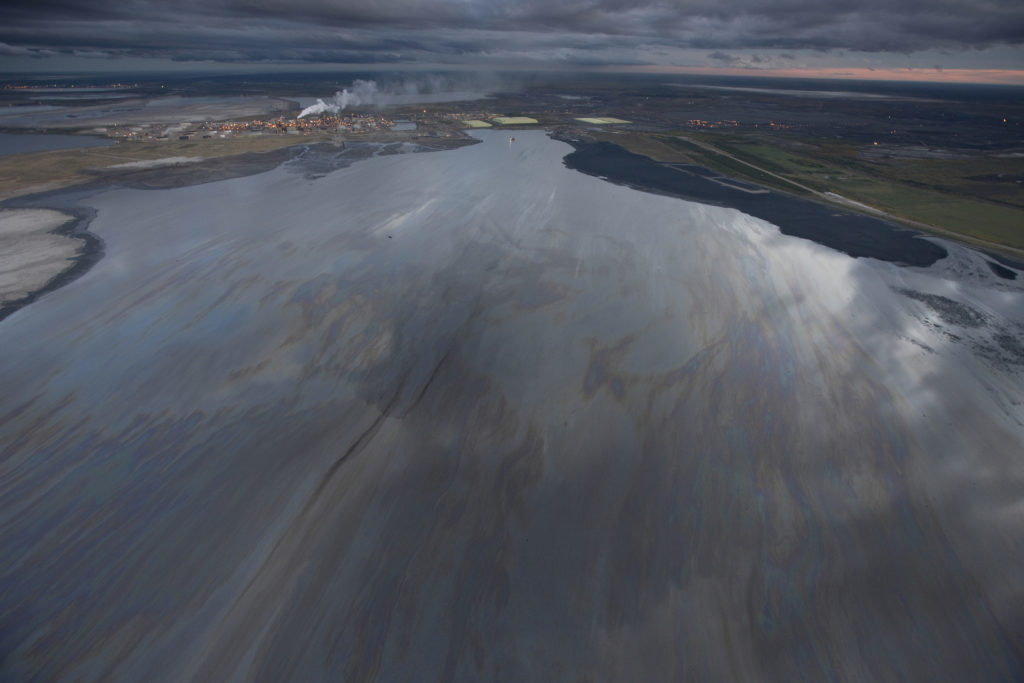 Credit: Getty Images.
A tailings pond at Syncrude's Mildred Lake facility north of Fort McMurray, Canada. Syncrude pleaded guilty to one count of violating the Migratory Birds Convention Act, 1994, after an abandoned sump pond at its Mildred Lake site resulted in the deaths of of 31 great blue herons.

On January 2, 2019 Syncrude Canada Ltd. pleaded guilty in the Alberta Court to one count of violating the Migratory Birds Convention Act, 1994 along with several provincial charges.

An abandoned sump pond by Syncrude at one of its oilsands mines north of Fort McMurray resulted in the death of 31 great blue herons. Syncrude pled guilty and was fined approximately $2.75 million.

The sump pond, at one time, was more than 1 km long, 400 m wide, and 8 m deep. At the time of the incident, the pond had been partially drained and was dry for several years. According to the various reports, Syncrude had been unable to completely remediate the pond and it contained hold liquids, solids, and bitumen.

In 2015, the blue herons were found either dead or dying at the abandoned sump pond at Syncrude's Mildred Lake mine.

Fencing and bird deterrents were installed immediately on all ponds after the incident in an effort to keep the wildlife away from the area. Since these charges, the sump pond has been completely drained at the cost of $16 million.