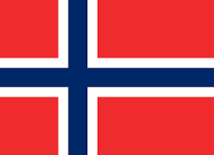 A report from Norway’s auditor general criticizes several aspects of the way health, safety, and the environment (HSE) in the Norwegian oil and gas industry is followed up by the Petroleum Safety Authority Norway (PSA). Also presenting proposals for improving and strengthening the PSA’s role, the report is generally supportive of today’s petroleum safety regime.

However, it identifies a need for the PSA to be stronger and clearer and for greater emphasis to be placed on company responsibility. The report specifies a series of improvement points relating to both the PSA and the companies.

“We’ve initiated work to deal with most of the aspects which come in for criticism in the report,” said PSA director general Anne Myhrvold.

“These efforts began after the publication of the white paper on HSE in the petroleum industry last spring. Key points in that policy document coincide with the signals in the auditor general’s report.”

Ambition
“Our ambition is to continue working along two axes—clarifying the responsibility of the companies and strengthening our role as a regulatory agency,” Myhrvold said.

“We’ll be more conscious about the use of our enforcement powers, and we will take steps to verify more often that nonconformities with the regulations have been closed.

“For their part, the companies must accept the responsibility they have been given. They’re the ones who must ensure that the industry is operated prudently every single day.”

The PSA’s main issue for 2019 is safe, strong, clear. This represents a direct result of processes initiated after the white paper was approved in June 2018.

“Safe, strong, clear reflects our goal of getting a stronger grip,” Myhrvold emphasised.