Planned Oil Drilling in the Everglades Has Florida Cities Worried 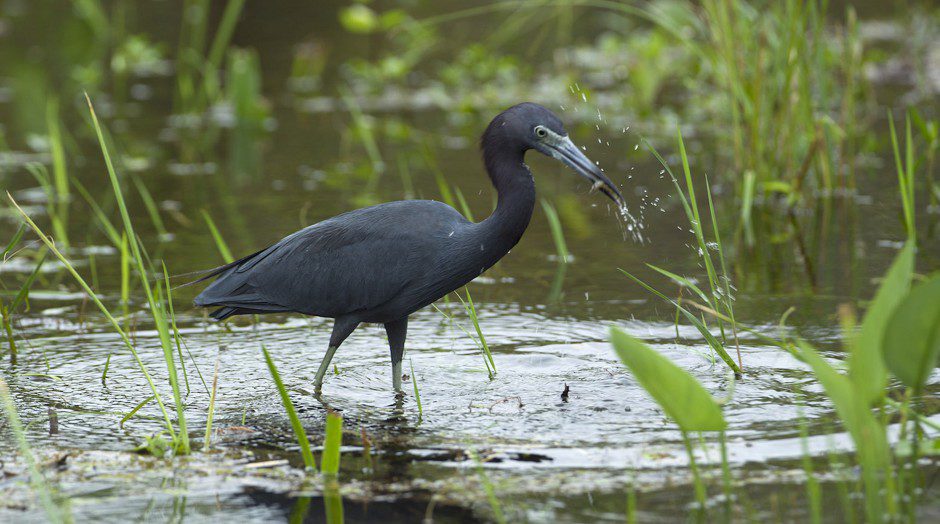 On 23 April 2003, hundreds of Miami residents pulled underwear from their washers to find that it had turned pink.

No, the city didn’t collectively forget a red sock in their load of whites: The United States Geological Survey (USGS) had performed a test.

On the previous morning, scientists had drilled a well near a protected area west of Doral, Florida, which was meant to insulate the area’s water supply from contamination. The scientists injected rhodamine, a harmless dye, into the limestone. They believed that the dye would slowly work its way into the local water supply—but they were wrong. It traveled so fast that residents noticed traces of the dye before the day was over. Panic ensued.

It’s no surprise, then, that many Floridians reacted with dismay earlier this month, when an appeals court ordered the state to grant a permit to a real-estate company that wants to drill an exploratory oil well in the prized marshland of the Everglades. The 5-acre drilling area lies close to Miami’s northern suburbs. In greater Miami, most drinking water comes from the Biscayne Aquifer, which is porous and close to the surface, making it vulnerable to contamination—as shown by the USGS’s unintentionally prank-like test. Florida hasn’t permitted any new oil or gas drilling for decades.

On 5 February, the Florida First District Court of Appeal overturned a decision made in 2015 by the Florida Department of Environmental Protection (FDEP) to bar Kanter Real Estate from drilling on its land near the city of Miramar. In the initial ruling, FDEP Secretary Noah Valenstein rejected claims made by Administrative Law Judge E. Gary Early that the prospective drilling area is environmentally degraded and isolated from surface water and groundwater. The appeals court has now dubbed those claims “factual findings” and is partially basing its overturn of the 2015 ruling on their improper rejection.

Broward County is planning legal action to block Kanter from drilling. On 19 February, officials from South Florida municipalities and conservationists held a news conference urging Governor Ron DeSantis to intervene to stop it.