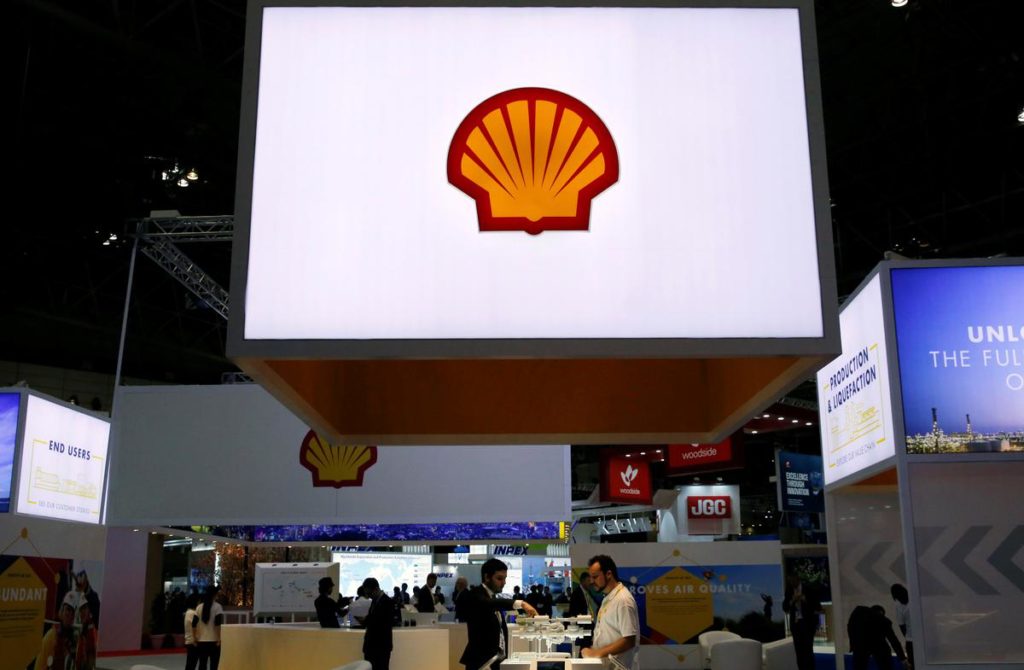 Credit: Toru Hanai/Reuters.
Staff members work at the booth of Royal Dutch Shell at Gastech, the world's biggest exposition for the gas industry, on 4 April 2017 in Chiba, Japan.

Royal Dutch Shell said on 14 March that it planned to reduce carbon emissions from its oil and gas operations and product sales by 2–3% during the 2016–2021 period, the first time the company has issued carbon footprint targets.

The targets, which will be linked to executive pay, aim to cut greenhouse gas emissions from its oil and gas extraction and refining as well for fuels and other products sold to millions of customers, known as Scope 3 emissions.

Rivals BP and Total have already set short-term targets on reducing carbon dioxide emissions, but those planned cuts are limited to their own operations and exclude Scope 3 emissions.