Colorado Has New, Stronger Oil and Gas Regulations. Now What? 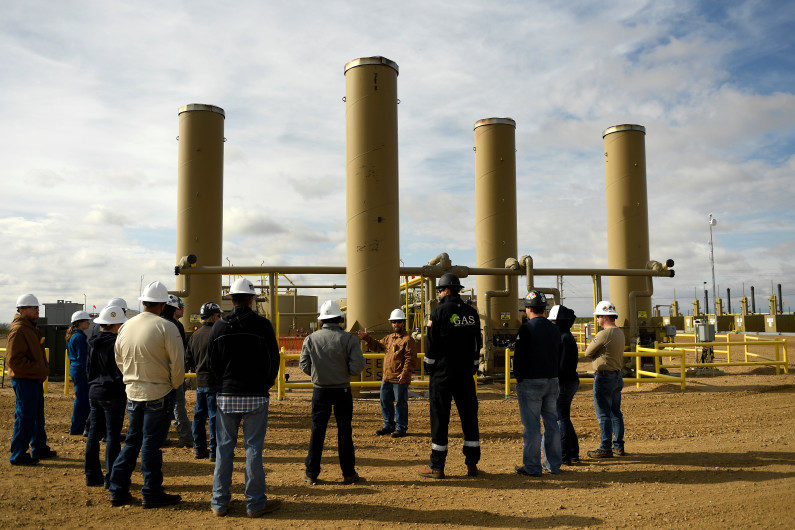 State health officials will write new rules to regulate oil and gas emissions “from cradle to grave” under a law revamping how the industry is regulated in Colorado.

Along with the Colorado Oil and Gas Conservation Commission, the state Air Quality Control Commission will develop rules to carry out Senate Bill 19-181, signed into law by Gov. Jared Polis on 16 April.

In other words, from drilling, which the division doesn’t currently monitor, to transmission, or pipelines, through processing. State staffers will meet with interested parties and develop rules over the next year.

The state has tightened regulation of pollution from oil and gas sites through the years, but a nine-county area along the Front Range remains out of compliance with federal air-quality standards.

In 2014, Colorado became the first state in the nation to regulate methane emissions from oil and gas sites and 3 years later strengthened some of the rules.

Earlier this year, 27 county and municipal elected officials in western Colorado wrote to a state task force and asked that methane and ozone regulations be stepped up statewide. The task force will make recommendations to the Colorado Air Quality Control Commission no later than January 2020.

The new law makes it clear that rules on oil and gas emissions will be strengthened overall, said Dan Grossman, the Environmental Defense Fund’s national director of state programs for oil and gas.

“The bill also adds certainty at the end of the day that there’s going to be a strengthening of the methane rules, which will be good news for everyone,” Grossman added.

The new law requires that oil and gas companies install continuous methane emissions monitors at multiwell sites, facilities with high emissions, and ones near occupied dwellings. State regulators will also look at bolstering requirements for detecting and repairing leaks in equipment and further reducing emissions from pneumatic devices used to keeping the gas moving.