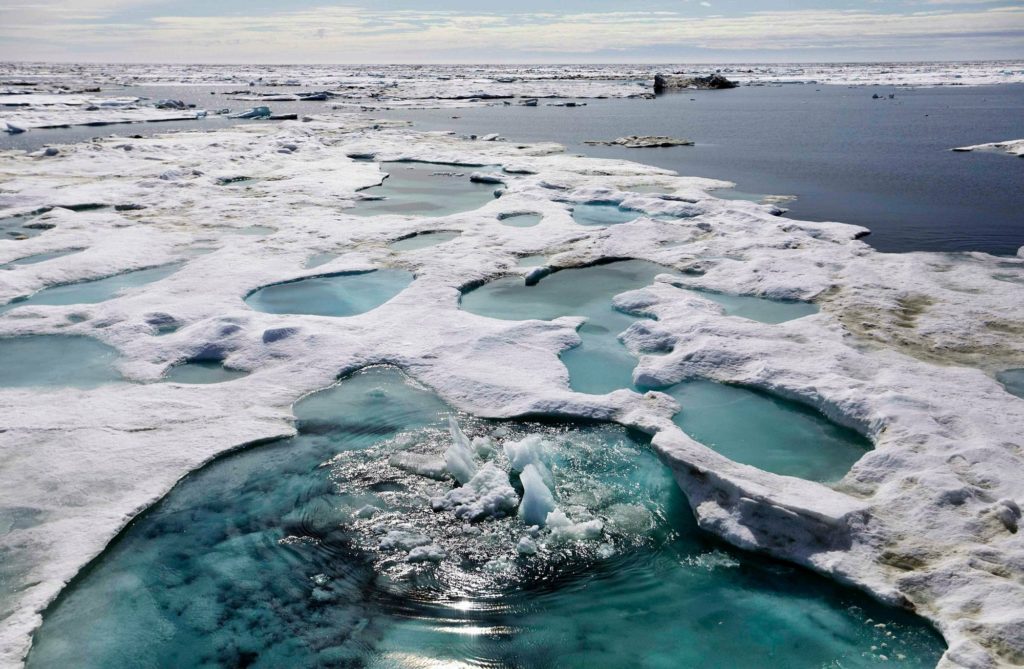 Credit: David Goldman/AP.
In this 16 July 2017 file photo, ice is broken up by the passing of the Finnish icebreaker MSV Nordica as it sails through the Beaufort Sea off the coast of Alaska. The Trump administration is reevaluating its controversial plan to sharply expand offshore drilling as it responds to a court ruling that blocked drilling off Alaska.

The Trump administration said on 25 April that it is reevaluating its controversial plan to sharply expand offshore drilling as it responds to a court ruling that blocked oil and gas development off Alaska and parts of the Atlantic.

Governors and lawmakers from both Republican- and Democratic-led states have strongly opposed the expanded drilling. And a federal judge last month ruled against President Donald Trump’s executive order to open the Arctic and parts of the Atlantic to broader oil and gas development, saying Trump had exceeded his authority.

Interior spokeswoman Molly Block said that given the court setback, the agency “is evaluating all of its options.”

The Interior Department’s Bureau of Ocean Energy Management “will carefully consider all public input received, including comments from governors of affected states, before making final decisions” on expanded drilling off the country’s coasts, Block added.

Environmental groups welcomed what they said amounted to a delay in the administration’s coastal drilling expansion plans. Collin O’Mara of the National Wildlife Federation said the administration “needs to go one step further and fully and permanently scrap its plan to open our coasts to unfettered offshore drilling.”

But Randall Luthi, head of the National Ocean Industries Association trade group, urged against a “hard stop” in administration planning on expanded offshore drilling. “What cannot be delayed ... is the importance of domestic production to meet the growing demand for affordable, reliable American energy,” he said.

The Trump administration announced a new 5-year plan last year that would open up 90% of US offshore reserves to development by private companies. Then-Interior Secretary Ryan Zinke said it would promote responsible energy development, boost jobs, and pay for coastal conservation efforts.

The plan calls for expanded drilling in the Arctic and off the Atlantic coast and would open up waters off California for the first time in more than 3 decades. Drilling would be allowed from Florida to Maine in areas that have been blocked for decades.

Industry groups said the plan would encourage economic growth and create thousands of jobs, while environmental groups denounced the plan, saying it would cause severe harm to America’s oceans, coastal economies, public health, and marine life.