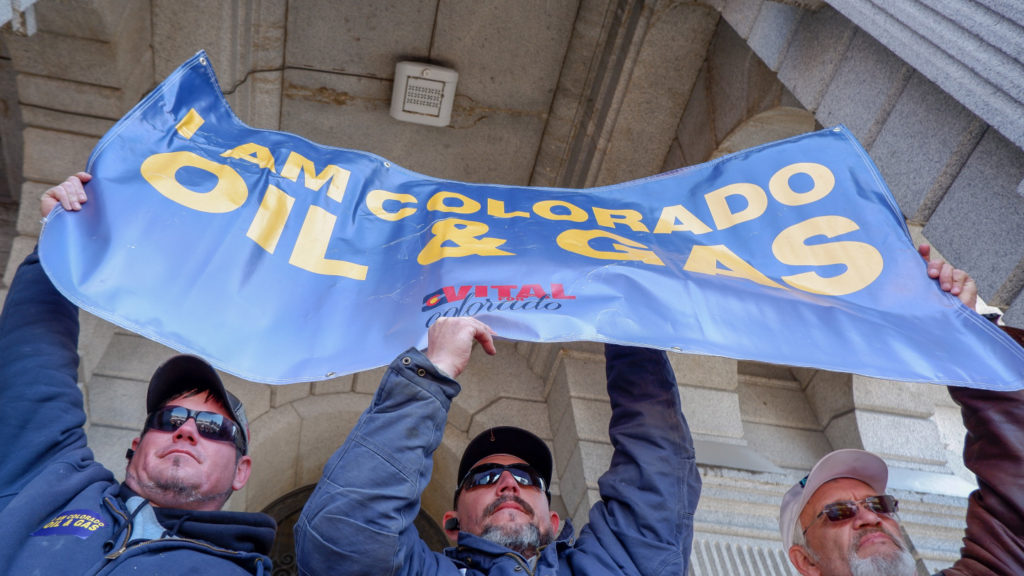 Credit: Jesse Paul/The Colorado Sun.
The oil and gas industry holds a rally outside of the Colorado Capitol on 5 March 2019 ahead of the first committee hearing for Senate Bill 181.

Opponents of a new Colorado oil and gas law that puts public safety ahead of production said on 25 April that they will not attempt to overturn it this year but they may try in 2020.

They had planned to ask voters in November 2019 to repeal and replace the law, but the Colorado secretary of state’s office has rejected four versions of their proposed ballot initiative. State officials said the proposals violated a law requiring initiatives to address only one subject.

John Brackney, a former Arapahoe County commissioner and one of the leaders of the repeal effort, said the group decided not to appeal the secretary of state’s ruling and instead will wait to see how the new rules take shape before deciding whether to ask voters to overturn it.

In addition to flipping those priorities, the new law gives local governments the power to regulate the location of wells and changes the makeup of the commission to add expertise on safety and the environment.

Well location is a contentious issue in Colorado, especially in booming communities north of Denver, where development overlaps with the state’s most productive oil and gas field.

Democratic Gov. Jared Polis signed the law last week, and the Oil and Gas Conservation Commission will begin writing new rules in May. That could take months or years of hearings and painstaking negotiations with the industry and advocates for public safety and the environment.