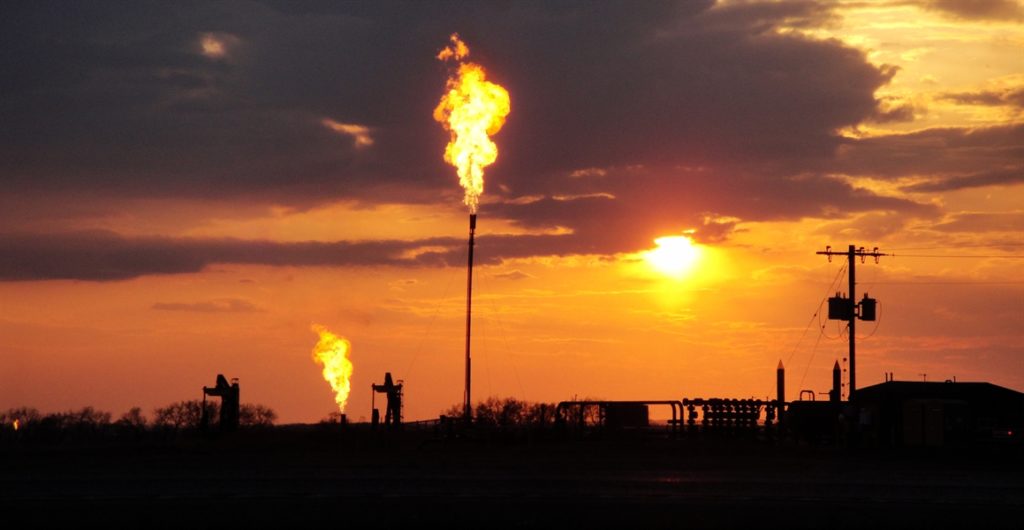 Natural-gas production in the United States has increased 46% since 2006, but there has been no significant increase of total US methane emissions and only a modest increase from oil and gas activity, according to a new study by the National Oceanic and Atmospheric Administration (NOAA).

The finding is important because it’s based on highly accurate measurements of methane collected over 10 years at 20 long-term sampling sites around the country in NOAA’s Global Greenhouse Gas Reference Network, said lead author Xin Lan, a Cooperative Institute for Research in Environmental Sciences scientist working at NOAA.

“We analyzed a decade’s worth of data, and, while we do find some increase in methane downwind of oil and gas activity, we do not find a statistically significant trend in the U.S. for total methane emissions,” said Lan. The study was published in Geophysical Research Letters.

The new analysis showed increases in methane emissions from oil and gas activity of 3.4% ±1.4% per year—or up to 10 times lower than some recent studies that derived their methane trend by measuring levels of another petroleum hydrocarbon, ethane. Overall though, methane concentrations in US air samples were shown to be increasing at the same rate as the global background, meaning there was no statistically significant increase in total methane from the US.

Many Sources of Methane

Methane is a component of natural gas, but it can also be generated by biological sources, such as decaying wetland vegetation, as a byproduct of ruminant digestion, or even by termites. Ethane is a hydrocarbon emitted during oil and natural gas production and is sometimes used as a tracer for oil and gas activity. By measuring ethane, which is not generated by biologic processes, scientists had hoped to produce an accurate estimate of petroleum-derived methane emissions.

However, those studies assumed that the ratio of ethane to methane in natural gas produced by different oil and gas regions is constant. Instead, Lan said, the new NOAA analysis shows that ethane-to-methane ratios are increasing, and that has led to major overestimations of oil and gas emission trends in some previous studies.

“What this means is, if you want to track methane, you have to measure methane,” Lan said.

The quest to understand methane releases and leaks associated with oil and natural gas production has taken on a high profile in recent years as production has surged to historic levels in the US. Methane is 28 times more potent than carbon dioxide in trapping heat in the atmosphere over 100 years. It exerts the second-largest influence on global warming among anthropogenic greenhouse gases behind carbon dioxide.

Global methane levels were nearly stable from 1999 through 2006 but since then have increased significantly. Some studies have suggested that the US oil and natural gas emissions have large contributions to the post-2007 increases. Previous NOAA research suggests the global methane increase has been dominated by biogenic emissions.

Lan led an analysis of data collected by a research team from NOAA’s Earth System Research Laboratory in Boulder, Colorado, and Lawrence Berkeley National Laboratory in Berkeley, California, that studied air samples collected from aircraft flights at 11 sites and nine tall towers that are part of NOAA’s Global Greenhouse Gas Reference Network. Sampling with aircraft and tall towers allows scientists to analyze the different concentrations of gases close to the ground, where emissions occur, as well as higher up in the atmosphere where the influence of recent surface emissions is minimal, to help scientists understand their fate. The sampling sites were established in locations where sampling would capture well-mixed air masses and avoid samples dominated by local sources.

Three of the five sampling sites located downwind of oil and natural gas production areas did show varying increases in methane, ethane, and propane. This could be caused by a different makeup of the underlying oil and gas resource or different activity levels driven by the price of oil, natural gas, and other hydrocarbons, Lan said.

Lan’s study is one of the first to explore trends in methane data from sites established by the 2004 North American Carbon Program, a multiagency research program focused on carbon sources and sinks in North America and its adjacent oceans, said Arlyn Andrews, chief of the NOAA Global Monitoring Division (GMD) Carbon Cycle Group.

“With 20 sites across the country, we can make enough measurements to evaluate aggregate emissions at large regional scales,” she said. “If we had more sampling sites, we would be able to provide more specificity about methane sources in regions dominated by agriculture and oil and gas. These study results show the value of measurements taken by GMD’s high-quality air sampling network over more than a decade.”