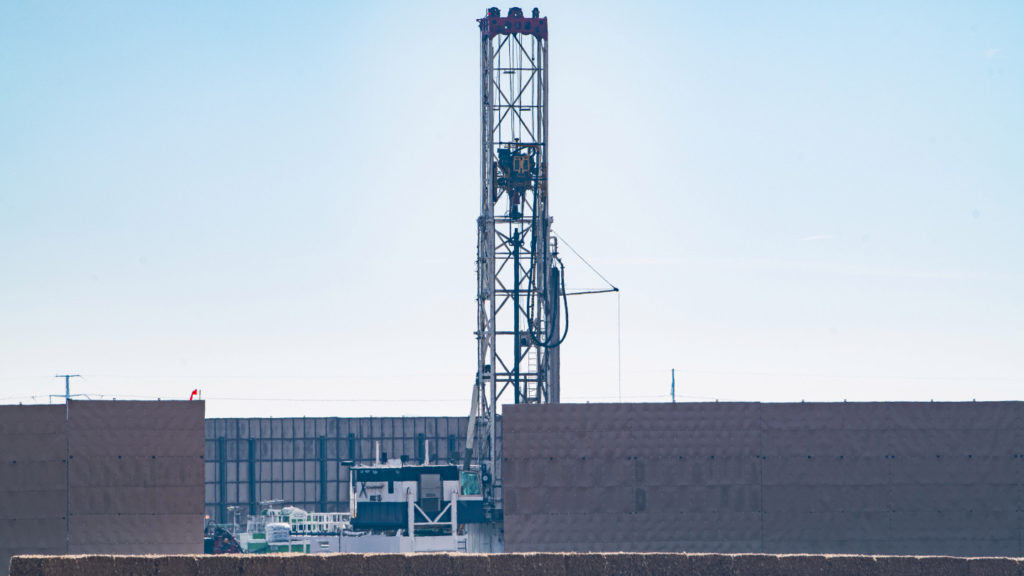 Credit: Andy Colwell/Special to The Colorado Sun.
Part of Extraction Oil and Gas's Sharpe extraction site is visible behind a noise wall in Adams County, Colorado, on 4 April 2019.

Colorado officials said on 21 May that they had no plans to stop energy companies from drilling for oil and gas while regulators overhaul state rules to make health, safety, and the environment their top priority.

Dan Gibbs, chief of the state Department of Natural Resources, said lawmakers did not want a moratorium on drilling permits while regulators rewrite the rules under a new law that shifted the state’s focus from production to protection.

“It was never the intent of the legislature that we pause our work,” Gibbs told the Colorado Oil and Gas Conservation Commission, which will implement the new law. The commission is part of Gibbs’ department.

Some environmentalists and community activists have demanded the commission stop issuing permits until the new rules are complete. They argue that drilling makes climate change worse, pollutes Colorado’s air and water, and puts nearby residents at risk from fires and explosions.

Industry executives and workers argued against a moratorium. Janet Rost, whose company helps secure mineral rights, said she is a single mother and a cancer survivor who depends on the industry for her livelihood.

“Please don’t pass a moratorium,” she told the commissioners.

The meeting on 21 May was the first time the oil and gas commission met since Democratic Gov. Jared Polis signed the law mandating sweeping changes in regulations.