Oil Industry Looks to Carbon Capture and Sequestration, but Will It Really Help the Climate? 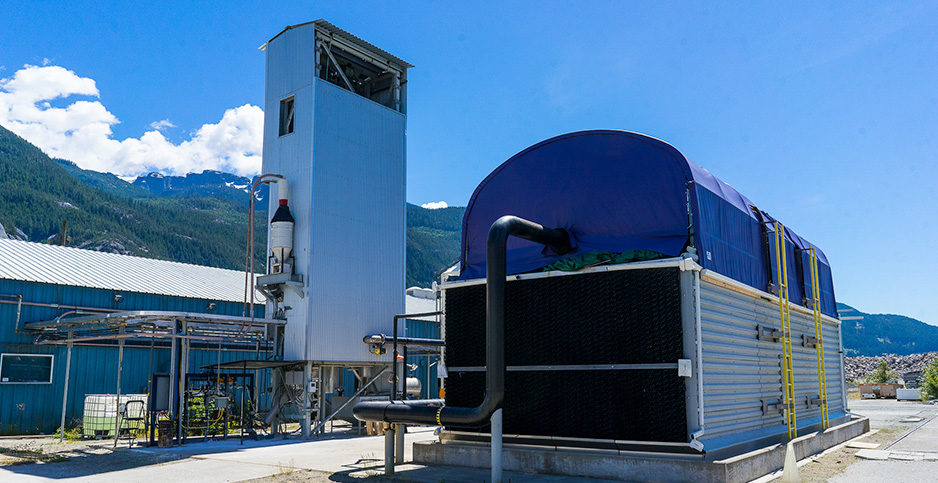 Occidental Petroleum's latest endeavor is about as far from traditional oil investments as you can get—a high-tech firm founded by a Harvard University professor, backed by a Silicon Valley billionaire, and housed in a converted warehouse in a Canadian logging town.

Oxy signed a deal earlier this year with Carbon Engineering, based in Squamish, British Columbia, to design a plant capable of pulling 500,000 tons of carbon dioxide annually from the atmosphere. It's one of several that Oxy has signed or pursued with high-tech companies that aim to pull CO2 from the air or from industrial emissions. The company is also the first to announce initiatives tied to expanded federal tax credits for carbon storage, including the world's largest planned air capture plant in the Permian Basin.

Although that project is tied to an oil field, it's not an obvious play for an oil company. Some of Oxy's peer companies in the United States still downplay the existence of climate change. But as Chief Executive Officer Vicki Hollub explained in an interview with Columbia University's Global Energy Summit, the investments are part of a strategy to keep the company afloat if and when international regulations on greenhouse gases cut into demand for oil.

Oxy plans to pump the carbon dioxide it will gain from its partnerships into aging oil fields in Texas, where the gas will help boost production—a process known as enhanced oil recovery (EOR). In turn, the carbon will be stored below ground.

"I think the last barrel of oil produced in the world should be a barrel from enhanced oil recovery," Hollub said at the Columbia forum in April.

Occidental's dive into the world of carbon capture and sequestration (CCS), spotlights long-standing questions about the climate benefits and ramifications of using carbon dioxide for EOR.

Proponents envision the concept as a solution that could reduce emissions from both the industrial sector and oil and gas production.

In February of last year, Congress doubled tax credits for carbon storage that some say could pump tens of billions of dollars into technology that captures and stores CO2 emissions, including through projects tied to oil fields.

But the economics of CCS-EOR depend on the price of oil. Right now, using carbon dioxide to boost old wells is more expensive than hydraulic fracturing for oil in hot new shale fields. On the carbon capture side, a handful of commercial projects are running, and many planned projects on power plants were canceled in recent years.

Experts also disagree on whether using carbon dioxide to produce more oil would actually reduce the amount of the gas in the atmosphere. To get net reductions, producers would have to use CO2 that is captured directly from the air or take steps to avoid double-counting the CO2 at both the smokestack and the injection site. They also need to ensure captured gas remains sequestered over the long term.

"There's no such thing as carbon capture—it makes problems worse" because it can increase overall air pollution and because it diverts resources from renewable energy, said Mark Jacobson, a professor at Stanford University who's best known for a study outlining that wind, solar, and hydropower could provide the world's energy needs.

CCS supporters say that, although carbon capture with EOR may help extract oil, it's helping a technology that is critical for keeping global temperatures in check become cheaper and more widespread.

Lee Beck, a spokeswoman for the Global CCS Institute, described CCS-EOR as an "and," not an "or."

"This isn't about taking away from other technologies. We've had a fantastic renewable build-out, but it's not enough," she said.

"The Economics Are Challenging"

The idea of using carbon dioxide to boost oil recovery dates to the 1970s, according to the Energy Department. It became popular in places such as the Permian Basin, one of the oldest oil fields in the United States, where a lot of conventional reservoirs were nearing the end of their life spans.

Carbon dioxide is absorbed into the crude and makes it less viscous, so it flows out of the ground more easily. Some of the gas remains trapped in the formation, and a system of pipelines and separators recycles the gas that returns to the surface.

By the early 2000s, with oil prices rising and domestic crude production falling, EOR looked like a good way to extend the life of the Permian Basin and other aging oil fields. And, because about half of the carbon remains trapped in the oil formation, it also held promise as a way to sequester greenhouse gases from coal-fired power plants and other industrial plants.

Because of difficulty capturing carbon dioxide from exhaust stacks, though, most EOR today uses carbon dioxide mined from underground formations. Today, only about one-third of the CO2 being pumped into oil fields—a little more than 1 Bcf/D—comes from man-made sources. The rest—about 2.3 Bcf/D—is harvested from naturally occurring sources primarily in New Mexico, Colorado, and Mississippi.

Southern Co., the biggest utility in the southeastern United States, tried for years to build a new gasification coal plant in Kemper County, Miss., designed to capture carbon dioxide from an advanced coal gasification plant. It canceled the project in 2017 amid cost overruns and technical problems.

NRG Energy, a Texas-based utility company, retrofitted one of its coal-fired power plants in Texas, known as Petra Nova, to capture CO2. The gas is pumped into a nearby oil field. The technology works, NRG Chief Executive Offcier Mauricio Gutierrez said at a conference in March, but "the economics are challenging."