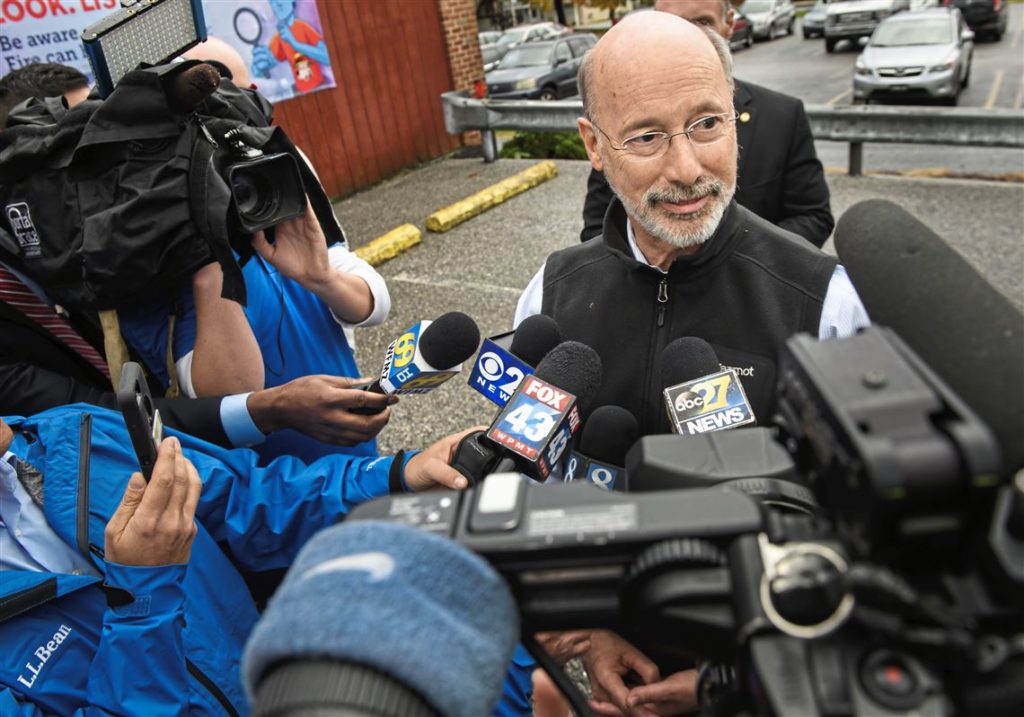 Pennsylvania Gov. Tom Wolf has asked the state Department of Health to determine how best to spur additional academic and science-based studies of the potential public health effects caused by shale gas development in the state.

“Pennsylvania’s natural gas development is providing economic benefits to the commonwealth. But these benefits should not require a choice between them and public health or safety,” the governor said in a release. “It is essential that, as we realize economic benefits, we ensure the public is protected, especially our children, and take the necessary steps to aggressively regulate resource development.”

The governor’s directive comes in response to calls by environmental activists, doctors, and more than 100 organizations for him to order an investigation into the potential link between high numbers of childhood cancers in southwestern Pennsylvania.

The Pittsburgh Post-Gazette has documented up to 67 cases of childhood and young adult cancers in Washington, Greene, Fayette, and Westmoreland counties in its ongoing series, “Human toll: Risk and Exposure in the Gas Lands.”

Among those cancers during the past decade are 27 cases of Ewing sarcoma, a rare bone cancer affecting mostly children and teens. Twelve of those cases occurred in Westmoreland County and another six within the Canon-McMillan School District in Washington County.

The governor said a multistate environmental health review recently completed by Department of Health epidemiologists was “inconclusive and suggested that further in-depth research is warranted.”

The governor released his statement shortly after receiving a lengthy compendium of scientific and medical studies released in Harrisburg by the Concerned Health Professionals of New York and Physicians for Social Responsibility that focuses on topics related to the public health and safety effects of unconventional shale gas and oil development.

“We believe there is a need for more study [of gas industry health impacts],” said J.J. Abbott, the governor’s spokesman, “and a literature review done over a long period of time confirms this.”

He said the governor has asked Rachel Levine, health department secretary, to do an assessment.

“In these matters I defer to the expertise of the health professionals who have devoted their careers to ensuring that the public is protected from health risks,” the governor said in the statement. “We will continue to research and study the evidence from Pennsylvania, and closely monitor the academic literature as it develops elsewhere. This work is incredibly resource-intensive, but it must be done.”

Levine said in a statement released by the governor’s office that the administration has “sought, accepted, and investigated” hundreds of complaints about the potential public health effects from oil and natural gas development.