Colorado’s Writing of New Oil, Gas Rules off to a Rocky Start 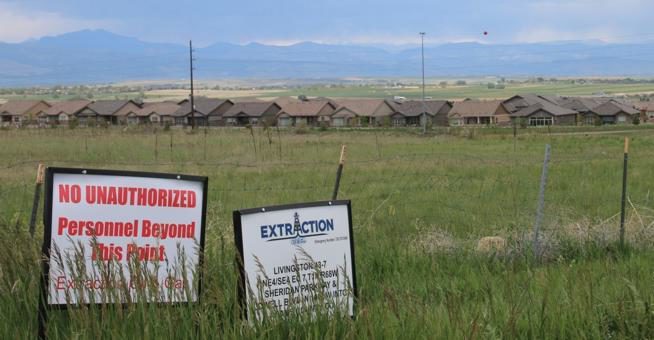 Right at the start of what will be at least a year-long endeavor, the state agency tasked with implementing a comprehensive new oil and gas law has hit the pause button to sort out conflicting messages from the public.

The Colorado Oil and Gas Conservation Commission (COGCC) has scheduled hearings for 31 July and 1 August to consider the first set of rules to implement a law called “the most sweeping oil and gas reforms” in Colorado history. The vote on rules authorizing administrative law judges to handle some of the commission’s work was delayed on 18 June following dueling motions and testimony by industry on one side and community and environmental groups on the other.

Mineral owners and companies that lease or want to lease the oil and gas were also discussing differences.

Community activists wanted the newly appointed commission to tackle more substantive matters while industry representatives said the groups were bringing up issues that were beyond the scope of the agenda.

The debate over what were intended to be procedural changes and language changes to align the rules with the new law underscores the intensity of feelings as the COGCC makes fundamental changes to how the oil and gas industry is regulated.

“I’ve learned a lot from all of the various information that I’ve received from all of the groups. It may not be within the scope of what we’re considering today, but there are certainly a lot of good ideas that will percolate into a subsequent rule-making,” Jeff Robbins, COGCC director, said in a June hearing.

In an interview, Robbins said the COGCC recognizes that significant work implementing the new focus of oil and gas regulations—protecting the public and the environment —“needs to get started sooner rather than later.”

“Historically, we have had a robust stakeholder process to help us frame the issues,” Robbins said. “That’s what’s likely to start soon.”

Putting the new law into place is expected to take more than a year. The commission will hold public hearings and take comments on regulations covering several different areas—public health, well structure, abandoned wells, reducing emissions from oil and gas wells, bonds to ensure clean-up of sites. Each set of regulations will have its own rule-making process.