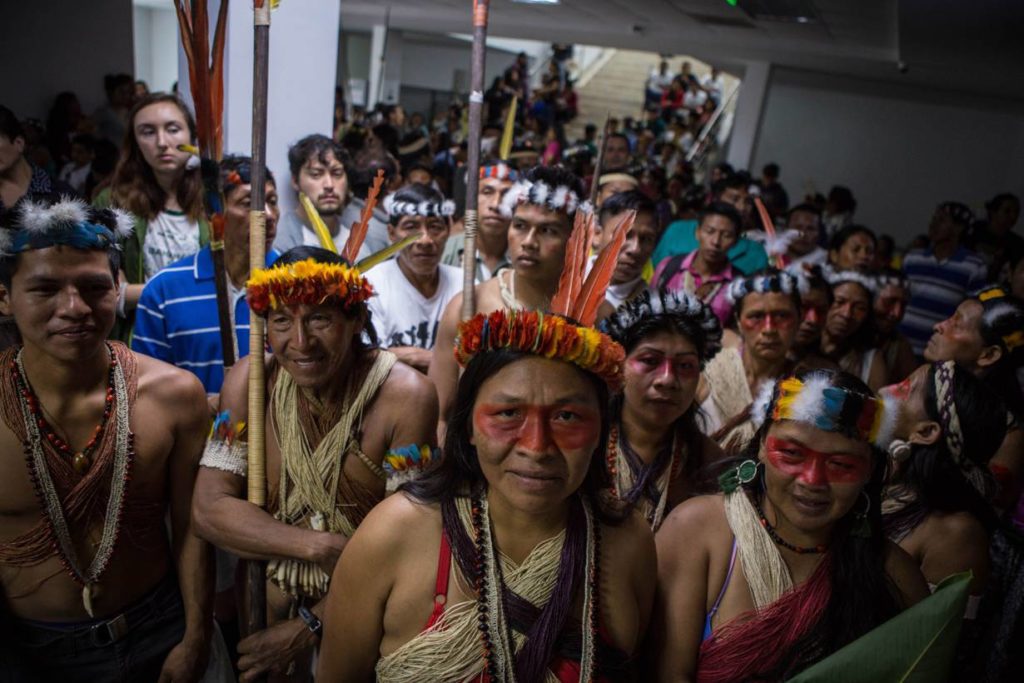 Credit: Amazon Frontlines.
Ecuador's Waorani tribe wait outside a courtroom in the provincial court of Pastaza, Ecuador, on 1 July 2019.

A court in Ecuador has upheld a ruling that prevents the government from selling land in the Amazon rainforest to oil companies, a move activists called a historic win for the Waorani indigenous tribe living there.

The government had appealed an earlier court ruling in April that the 2,000-strong tribe had not been properly consulted over plans to auction their ancestral lands to oil companies.

The decision from Pastaza province in the eastern Amazon to uphold the ruling ends the years-long legal battle over the land, campaigners said.

"This victory is for my ancestors. It's for our forest and future generations. And it's for the whole world," said Nemonte Nenquimo, president of the Waorani Pastaza Organization.

Ecuador's energy ministry—a respondent in the case—was not immediately available to comment.

The ministry said in April that the government had carried out a proper consultation process with the Waorani according to the "law and international standards."

The ruling could set a precedent for other tribes opposed to drilling, campaigners said.